G.E.M. (鄧紫棋) is still embroiled in a sticky legal battle with Hummingbird Music Limited. Last year, she announced terminating her contract early due to unfair treatment. Outraged that she was treated as a “product,” G.E.M. felt wronged when she was attacked for decisions that her former music company made without her consent.

Participating in the reality show Singer <歌手> in 2014, G.E.M.’s song Bubble <泡沫> was incredibly popular after she performed it on the first episode of the show. After placing second in the competition, she returned for the annual competition episode between the last season and current season singers.

At the time, news outlets had a field day reporting on rumors that G.E.M. was being a diva and had declined the show’s request to change songs. Netizens were quick to condemn her for her actions. G.E.M disclosed that she had agreed to switch songs, but her previous company did not allow her to do so and insisted that she refused instead. Facing the attacks and feeling wronged at the time, G.E.M. had stayed in her room crying for seven days.

Pouring her emotions into her music, G.E.M. composed a song called “Full Stop” <句號> to describe her experiences at her previous company. In one of the lyrics she sings, “You said that I was just a product; without you I am nothing. These distorted truths nearly ruined my self confidence.” She also sings, “Did you know? Other than my father, you were once the man that I trusted the most.” The lyrics resonated with many artistes, while fans were heart broken after hearing the song.

Aside from treating G.E.M. as a “product,” Hummingbird Music also received jobs for her without G.E.M.’s consent. The unhappy experiences with her previous company made the singer fall into depression at the time, and a psychologist said what she had experienced was mental abuse.

Due to all the misunderstandings, G.E.M had previously thought of giving up. She had even considered writing a suicide note to reclaim her innocence. “I was thinking to myself, has it gotten to the point where I have to write a suicide note before anyone will believe me?”

Luckily, she was able to slowly regain control over her emotions and learned not to dwell on the negative. With her new mindset, she wrote Heartbeat <新的心跳>, a song about experiencing a new beginning. 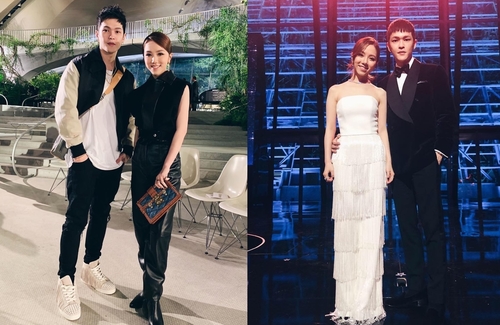 Mark Ngai’s Instagram is full of photos of G.E.M.