Getting to Know Fala Chen’s Husband 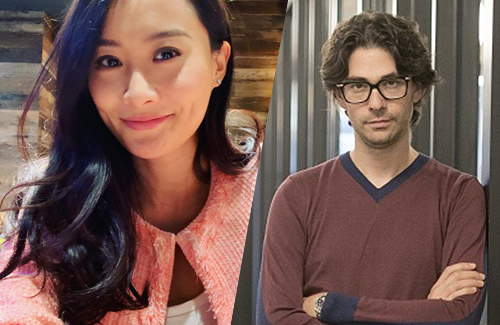 While many fans are happy for Fala Chen’s (陳法拉) marriage to French entrepreneur, Emmanuel Straschnov, many are curious as to who he really is. Many media sources have reported Emmanuel as a diplomat or he came from a wealthy family, but Emmanuel denies these rumors.

Born in 1983, 36-year-old Emmanuel considers himself as ordinary. Although his background is French, Emmanuel has an affinity to China due to his parent’s experiences. Emmanuel’s father studied in Taiwan in 1970s and met his mother in Beijing. After Emmanuel’s birth, his parents continued to expose him to Chinese culture. For example, after Emmanuel’s trip to China when he was 12 years old, his parents taught him Mandarin and he was able to utilize his language skills to work in a consulting firm in Shanghai.

After gaining some work experience, Emmanuel enrolled in the Master of Business Administration program at Harvard Business School. Instead of following his peer’s footstep of working at prominent companies, Emmanuel co-founded a technology startup, Bubble. His company aims to help people build websites and apps without prior coding experience.

In the early years of founding his startup, Emmanuel had to live frugally.  In spite of his financial situation,  Emmanuel did not envy his classmates who achieved financial success because he was confident of the potential of his startup. Fortunately, Emmanuel’s startup was able to make a profit since 2014. Now, his startup became successful with an annual revenue of $1 million USD with approximately 220,000 users.