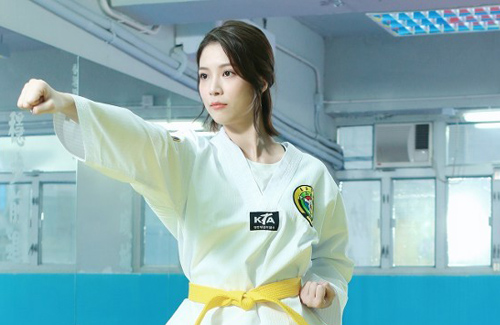 Too busy with filming to make time for dating, she would rather explore new interests while she is still young.

Former Miss Hong Kong Hera Chan (陳曉華) will play a girl betrayed by her boyfriend in her new drama Seven Princesses <七公主>. She revealed that in real life, she has only encountered being lied to, but would always readily forgive the other party as long as she is treated to a meal.

Dabbled in Different Sports in School

The 2019 Miss Hong Kong winner has won TVB management over with her wholesome image, and is heavily promoted and given many chances during these two years with dramatic roles such in the upcoming Seven Princesses as well as performing as a guest star for various large-scale shows.

While she showed off her flexible moves with aerial yoga during the pageant, Hera has been hard at work practicing taekwondo recently. With her flexibility, she easily mastered the basic taekwondo moves and managed to advance to a yellow belt within just two months. Hera has always been relatively good at sports and was active in basketball, badminton, and table tennis during her school days. A member of the school’s basketball team, she was in charge of scoring close to the basket, and has won awards while representing her school. However, she has not played the sport since graduating. 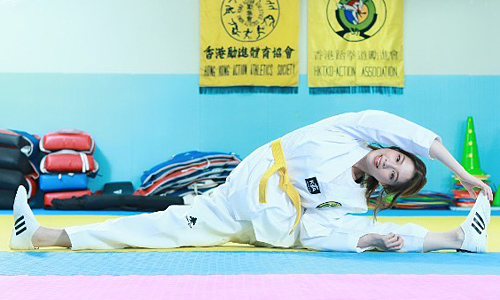 She recalled her experience training for the Miss Hong Kong talent segment, “At first I couldn’t do a split. After that I practiced three, four times a week and told myself I have to accomplish it, I did it within a month and became much easier when I took part in Miss Chinese International. Now I maintain (my flexibility) with daily stretches.”

Getting to know actress Kaman Kong (江嘉敏) from her last drama, Hera joined the latter for taekwondo classes together. Hera said, “Besides flexibility, I don’t have much strengths and my hand-feet coordination is bad, so I took a few lessons to pick things up.”

Since Hera has never been cheated by men in real life, the producer told her to watch lots of dramas as reference. “I hardly get betrayed, usually it’s just someone lying to me but as long as he treats me to food, I’d be fine in a few days.”

Asked if she is an easy catch when it comes to dating, Hera described herself as the type to fall in love “at first sight” and added that she must first have a liking for the other party before she would begin a relationship. While she looks forward to romance, she is kept busy with her filming schedule which leaves her with barely enough time for rest. She wants to focus on learning more while young, and names music, singing, taekwondo and dance as areas she wants to explore.