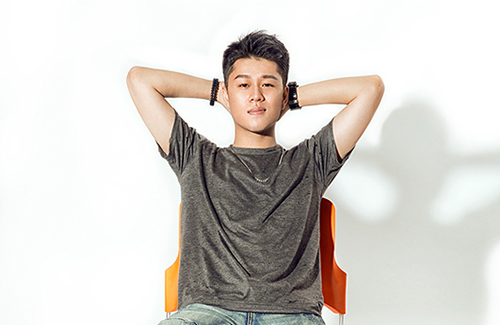 It definitely wasn’t an expected answer.

When the rapper Ice Paper released his single “Heart Like Still Water” <心如止水> on Douyin (TikTok), it accumulated views like rapid fire. The popularity of the song quickly caught on to other music streaming platforms — including 30,000 reviews on 163 Music and over 96,000 shares in 30 days on QQ Music.

It was a surprise hit.

Ice Paper, a member of songwriting group Free-Out, did not debut as a rapper. In 2014, under the name Wei Ran (魏然), he auditioned for The Voice of China <中国好声音> and made it to the top 8. After releasing his debut studio album as a pop artiste, he suddenly dropped out of relevance in 2016. His associated webpages, including his Baidu Baike biography, was stopped updating.

News about Ice Paper resurfaced in 2017, when he suddenly announced that he has decided to release music under the stage name Ice Paper. He told reporters that he will be releasing more rap music in the future, saying, “When I first signed with a music agency, it felt like I was making music that was part of an assembly line. It contradicted with my vision. I get more freedom as a rapper. With Free-Out, I get to make the music I want to make.”

Despite the success of the single and subsequently the album, Ice Paper has expressed he has no interest in becoming a popular artist.

Asking if he would be interested in competing for the new season of The Rap of China <中国有嘻哈>, Ice Paper said he has already been part of The Voice of China and has no interest in participating in competitions anymore.

“If I wanted to be fire [popular], I would’ve joined all those competitions already. I just want to happily make my music.”