Co-produced by TVB and China’s Penguin Pictures, new police drama The Defected <鐵探> has officially entered its post-production stage. A sneak peek trailer of the series was released to the media at the filming commencement banquet earlier this week, which was later shared online. 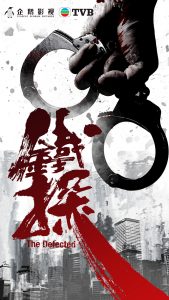 The show stars Kara Wai (衛英紅) as Chief Superintendent Maggie Ma, an ambitious police official who would do anything in her power to become Commissioner of Police. Benjamin Yuen (袁偉豪) stars as Sing Sir, a police inspector who suffers from PTSD after surviving a gun battle that paralyzed the lower half of his body. He learns that he must overcome his inner demons in order to survive.

The Defected is produced by So Man-chung (蘇萬聰) and Carmen So (蘇嘉敏). Check out the teaser trailer below!