When Ip Man <葉問> was first released in 2008, it renewed a sense of pride for Chinese martial arts and Cantonese identity. Indeed, the film series had witnessed through some of Hong Kong’s most politically turmoiled times: when Ip Man 3 was released in 2015, Hong Kong was in the midst of an umbrella movement. Ip Man’s message of justice and fighting spirit resonated with many Hong Kong youths and those hopeful for a bright future ahead.

Even now, as the series drop its last film Ip Man 4: The Finale <葉問4：完結篇>, Hong Kong is going through another social movement. In many ways, Ip Man does echo the Cantonese spirit, and while previous releases were met with cheers and excitement, Ip Man 4 has been drowned with boycotts and unsatisfactory reviews.

With the news that Ip Man star Donnie Yen (甄子丹) and the film’s production Raymond Wong (黃百鳴) are supporters of China, many Hong Kong moviegoers have decided to boycott the film. Netizens even started to drop spoilers of the film’s ending before the movie’s release, and for the first time ever since the series started, moviegoers are not at all upset with getting spoiled.

Unlike major blockbuster films like Avengers: Endgame and Star Wars: The Rise of Skywalker in which moviegoers would actually make an effort to avoid spoilers, the Ip Man series follow a predictable trajectory of events that render spoilers as a non-factor. Every film in the series would follow a similar format—Ip Man would first come across ignorant foreigners who would doubt his abilities and Chinese identity. He would then be challenged by other Chinese martial artists who have prejudices against wing chun.

Ip Man 4 is no exception to the format. 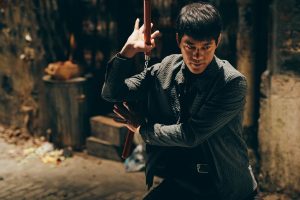 So when Ip Man 4’s spoilers rolled in online, no one was surprised. Though one may argue that Ip Man is a kung fu film—and plot is only secondary—but fight choreography in Ip Man 4 has been criticized as repetitive and unoriginal. Danny Chan’s (陳國坤) portrayal of Bruce Lee (李小龍) in the film was also met with criticism. As Chan does not have a martial arts background, he emphasized his portrayal of  Bruce Lee on his mannerisms and “sounds”. Unfortunately, viewers found Chan’s portrayal as too harsh, specifically during moments where Chan performed Bruce Lee’s iconic shouts.