Jeannie Chan: “I’m Not as Gentle and Feminine as I Look” 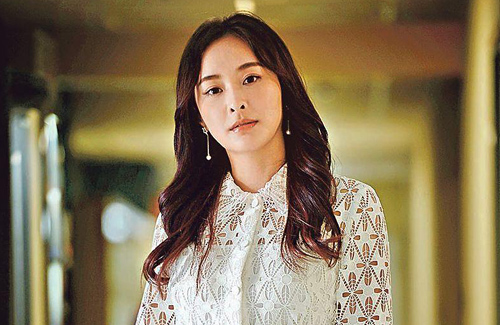 Seeing failed relationships all around her has made Jeannie more wary of love and marriage.

Jeannie Chan (陳瀅) has enjoyed more acting opportunities and made significant progress in her onscreen delivery since signing with Shaw Brothers Entertainment in March 2018. The police-themed drama ICAC Investigations 2019 <廉政行動2019>, which ended recently, saw her role being well-received by viewers. 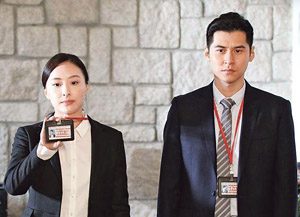 The gorgeous actress is often tied to her co-stars, and rumors between her and Carlos Chan (陳家樂) have been circulating for several months. Jeannie replied that she would not consider the prospect of dating the actor for the time being, as Carlos is “more like a younger brother” who needs taking care of. “It’s not that I don’t want to date anyone, but there is no point rushing things. For the time being, I have yet to meet suitable partners, and right now no one is pursuing me as well. Those who think of pursuing me might imagine I’m a very gentle and feminine girl, but in reality I am not.”

As for her fourth and most high-profile romance with Arnaldo Yeung (何猷亨), son of Macau’s “King of Gambling” Stanley Ho (何鸿燊), it ended after only eight months, partly due to the intense media glare and her immaturity to deal with it then. “Actually it involved a little long-distance too, because he had to work in Macau often. Both of us placed much hopes on our careers, so it was hard to maintain the relationship.”

Because of Arnaldo’s prominent and wealthy family background, Jeannie was labelled as a “gold digger”. She reflects on the past experience, “When we announced our relationship, I was indeed unhappy to see myself being described as such. His family background was definitely not why I got together with (him). The media’s intense spotlight on our romance made it difficult for us to be rightfully recognized for the hard work we put into our careers. This put some pressure on the relationship as well. Of course, women would be unhappy to be reprimanded in such a manner, and I did not know how to deal with it. Now I am more mature, even if others say things about me, I will not be so easily affected. I learned to take things less seriously, so I can survive in the entertainment industry.”

Brought up by her grandmother since she was young, Jeannie did not grow up with her parents beside her. This has impacted her personal outlook on romance, “I certainly have doubts about love and marriage. Although I still believe in love and that I can meet the right person at the right timing, I don’t believe in everlasting love. I don’t think you can have that passion and still remain just as loving after 60 years. Humans can do our best to maintain the relationship; of course love still exists, but it’s a different form of love.”

2 comments to Jeannie Chan: “I’m Not as Gentle and Feminine as I Look”