A Coincidence for Jeannie Chan and Carlos Chan to Be in Japan at the Same Time? 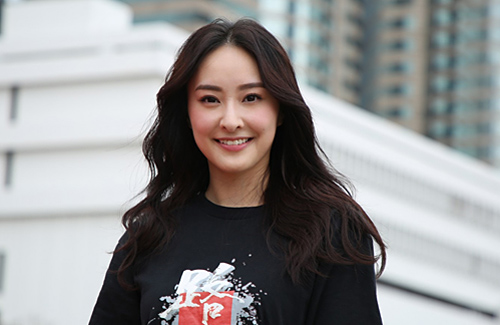 Tabloids claimed that Jeannie Chan (陳瀅) and Carlos Chan (陳家樂) vacationed in Tokyo together for three nights in January. Although Carlos was photographed at the Hong Kong airport after his vacation, the paparazzi wasn’t able to spot Jeannie together with him. At an event today, Jeannie stated that it was merely coincidence they both went to Tokyo at the same time.

“We weren’t actually spotted [together]. Yes, I went to Japan, but it was with a group of middle school friends, which included both males and females. I think people probably mistook my friend for Carlos,” Jeannie said.

Stating that it was only a coincidence that they were both in Japan at the same time, Jeannie believes that people might have interpreted that they were together because of their similar Instagram posts. However, Jeannie hopes that fans will continue to love them as a pair because they will both star in ICAC Investigators 2019 <廉政行動2019>, which will premiere in March.

Though the two claimed they are not in a relationship, Jeannie was asked what was her impression of Carlos. She shared, “He is very hard working and a filial person. As artistes, we work so many hours that it becomes tiring and easy to make mistakes, but he always powers through and is so energetic. I always compliment him on this quality.”

Asked about potential developments with Carlos, Jeannie said, “Not right now. I’m going to complete my current projects and want to rest a bit and spend more time with family. I’m going to use this time to reconstruct my life, and see if I can embrace a new relationship.”

If there is a possibility to be more than friends with Carlos, Jeannie said she didn’t mind about his former relationship with Jennifer Yu (余香凝). Jeannie said, “Everyone has a past and has dated before. It’s hard to compare the different relationships.”

Promotes Awareness for People with Disabilities

Today, at a carnival event to bring awareness to the challenges that people with disabilities face, Jeannie said, “I used to think that those who have disabilities need help and I would always be the first one to offer a hand. However, after this event, I realize the message they are trying to send. To them, a wheelchair is just a method of transportation and not a disability. We shouldn’t be so blind and understand that they are normal people too!”

1 comment to A Coincidence for Jeannie Chan and Carlos Chan to Be in Japan at the Same Time?