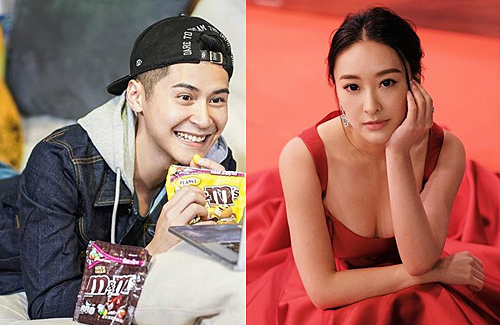 Spotted by the paparazzi having dinner together in December, 32-year-old Carlos Chan (陳家樂) and 29-year-old Jeannie Chan (陳瀅) initially denied they were dating. The pair claimed they got along very well as friends, but the denials may only serve to shield their budding romance away from the public eye. The couple just returned from a three-night trip in Tokyo, spending their New Year’s Eve together.

An eyewitness spotted the couple at Tokyo’s Narita Airport on January 3, waiting to board a plane back to Hong Kong. Although Carlos and Jeannie both wore face masks and hats, their features were still distinguishable.

Tried to Shake off Paparazzi

When the paparazzi got tipped that Carlos and Jeannie’s plane would land later that evening in Hong Kong, they waited for the stars to appear.  Afraid that they would be more easily recognized locally, Carlos and Jeannie had already separated when the plane landed. Scanning the crowd, Carlos seemed aware that there were reporters following him and spoke into his earbud headphones, likely alerting Jeannie to not make an appearance.

Realizing he was still followed, Carlos got onto a train and even switched train cars to shake off reporters. He got off at Kowloon station, and apparently wanted to visit Jeannie’s apartment in the area. However, realizing there were still reporters following him, Carlos instead took a taxi and headed back to his home. 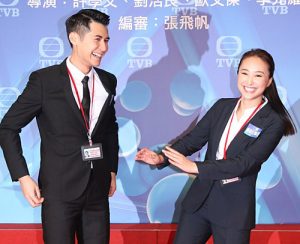 It wasn’t hard to see that Carlos and Jeannie were mutually attracted since filming ICAC investigators <廉政行動 2019> in August. They were very playful towards each other at the press conference for the drama. At the time, Carlos had just broken up with his ex-girlfriend, actress Jennifer Yu (余香凝) so he may not have been ready to enter another relationship yet, but his initial impression of Jeannie was very positive.

In December, Carlos and Jeannie were sighted having dinner at a Japanese restaurant. Jeannie also drove him back to her apartment afterward. When confronted about their rumors at the time, Carlos said, “Jeannie is a loyal friend, like Michelle Wai (詩雅); we’re like brothers. We’re not dating.”

But their status seems to have progressed quickly, advancing from friends to lovers going on vacation together.