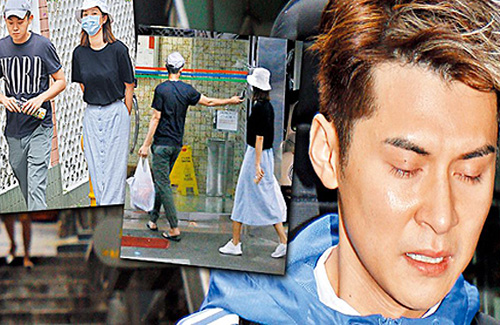 Feeling heartbroken over the sudden breakup, Carlos has been unleashing his emotions on his social media account. Commenting on his recent viewing of When Sun Meets Moon <某日某月>, Carlos wrote, “I couldn’t stop crying when the film ended. I like those simple times, the sweet innocence of love.” He added, “Even after you are gone, my love for you hasn’t changed,” referencing Jacky Cheung‘s (張學友) song “I Still Find You the Best” <還是覺得你最好>. Fans felt that Carlos was actually spilling his sadness over his breakup with Jennifer. 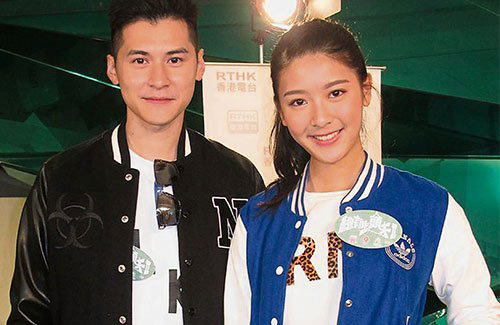 Falling in love with Jennifer on the set of RTHK drama A Dream Comes True <總有出頭天>, Carlos had declared plans to marry her within five years. He also planned to gift Jennifer a ring valued at a six-figure-sum for next year’s Valentine’s Day.

Often expressing Jennifer’s importance to him, Carlos did hint in an April interview that marriage plans were contingent upon his girlfriend’s wishes. “If we can maintain our relationship, I hope to marry her one day. This is just how I feel, so I can’t say for certain. Besides, I don’t think it represents how she feels. She told me not to rush into things because we both need to focus on our careers first. I hope we can maintain our relationship and continue down our paths together.”

There were additional signs that all was not well. In May, Carlos was spotted visiting Jennifer’s family at home. When asked if they were discussing marriage plans, Carlos denied this and said awkwardly, “I’ll try my best. We don’t have plans yet.” Carlos’ hesitation indicated that there were problems to be ironed out.

Speaking with Ming Pao, Carlos admitted, “Yes, we’ve broken up. I hope everyone gives me space. She is my best friend; she has helped me to grow a lot. I wish her the best. From now on, I don’t want to talk about my love life anymore. I hope everyone focuses on my career.”

Responding to press inquiries, Jennifer said that she and Carlos reached a mutual agreement to breakup and that it did not involve a third party. Jennifer said, “The Victor mentioned in the reports is my friend, whom I’ve known since a teenager. Victor and I, along with two other partners, will open a roast meats store at the end of June. Since I have to travel soon, we had a meeting at his house. I don’t want to implicate innocent people. I hope everyone gives us space!”

Carlos Chan Tears Up When Talking About Breakup

18 comments to Carlos Chan Cries Over Breakup with Jennifer Yu