Jessica Hsuan Gave Up Marriage for Her Career 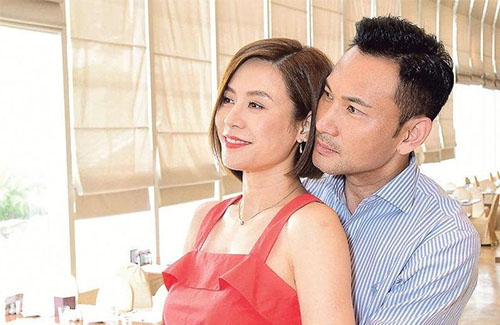 TVB’s first 4K television drama, the romantic comedy My Unfair Lady <不懂撒嬌的女人>, is Jessica Hsuan (宣萱) and Frankie Lam’s (林文龍) comeback drama with TVB. In the show, which also stars Vincent Wong (王浩信) and Natalie Tong (唐詩詠), Jessica and Frankie play a bickering pair who drift apart after a bitter breakup, only to meet again years later as fellow company employees. The drama, reaching an average viewership of 24 points, will air its final episode on May 28.

Jessica Finds Herself in “Mall Jeh”

Jessica plays Molly “Mall Jeh” Ling, a fierce, no-nonsense career woman whom Jessica describes to be quite similar to herself. Because Mall Jeh doesn’t know how to flirt—or “act cute”—Mall Jeh gets quite unfortunate in the relationship department of her life.

“Like Mall Jeh, I am strong. I am career-minded. I have expectations and I want control,” said Jessica. “But now, I understand that it’s impossible to take full control on others. It is important to compromise. This is where Mall Jeh and I differ, though I do find it understandable to why Mall Jeh would freak out whenever something goes wrong and out of her control. I myself used to suffer insomnia whenever I hit an unstable moment in my career. I’ve learned not to take everything to heart.”

Like the Chinese title of My Unfair Lady—“Women Who Don’t Know How to Act Cute”—can Jessica act cute? She said, “Dating will be the only time I’m doing that!”

Jessica Gave Up Marriage for Career

Jessica’s last boyfriend was Fran, who she broke up with in 2014. Lamenting her singlehood, Jessica said she would love to meet someone new in her life. Her standards aren’t high—she doesn’t need the man to be rich or handsome. The most important quality is his compatibility.

“I won’t marry for the sake of marrying,” she said. “Marriage is a vow to a lifetime. I don’t want to get together with that person until I’m absolutely sure. I’ve heard of too many stories of regret. I want to happily share my life with my other half, holding his hand to the last of my years. I don’t need him to be a tall handsome guy, but if he and I share the same thoughts and values, then we will automatically click.”

A fortune-teller in Temple Street once told Jessica that if she married before 30, it would end in divorce. Thinking back, Jessica absolutely agreed with him.

“I was barely 20 years old. I had little experience, haven’t really struggled in my life yet, and I probably had princess sickness. If I want it, I’ll get it. Now, I’ve become much clearer in what I need, and I’ve learned to be compassionate.”

Jessica revealed that her most serious love relationship occurred when she was in her twenties. She and her boyfriend at the time were at the step of discussing marriage, and while her boyfriend wanted it, Jessica was hesitant.

“If I were to get married and have kids now, would I regret giving up my career? I told myself I would. Even if I did get married to him then, I know we would end up in divorce.”

Jessica’s costar Frankie Lam, who plays her love interest Gordon Man, is quite the playboy in the show. He sleeps with Bobo Yeung (楊家寶), gets seduced by a naked Lena Li (李天縱), and has many intimate moments with Samantha Ko (高海寧).

Frankie admitted that one of his most unforgettable scenes on the show was with Lena, whom he believed gave one of TVB’s bravest performances. “She was almost naked in that scene. She only had on a pair of nude-colored underwear, a nude bra, and duct tape. Because the tape was showing in the camera, she decided to get rid of the tape.”

After filming the scene, Frankie immediately discussed the scene and its filming technique with his wife of 14 years, Kenix Kwok (郭可盈). He said, “I’ve never seen a TVB actress go that far for a scene. Maybe because I’m now older, but I didn’t feel embarrassed. My wife and I have been acting for many years. We know this is just work.”

Frankie’s Return to TVB was Uneasy

Frankie, whose last TVB drama was 2008’s Forensic Heroes II <法證先鋒II>, felt uneasy when he first stepped back into TVB’s headquarters. He couldn’t believe his eyes at the details TVB had offered him when he first started negotiating for My Unfair Lady.

“They gave us enough time for rest. They were very agreeable during negotiations. In TVB’s old world, a HK$10 bonus is considered giving you face. I was in shock when I first heard about the price TVB was willing to give me for My Unfair Lady. I really never thought about coming back here. When I first opened the glass door entrance of the [TVB] headquarters, I immediately came across many old friends and colleagues. All the memories just came back to me. I felt uneasy.”

1 comment to Jessica Hsuan Gave Up Marriage for Her Career