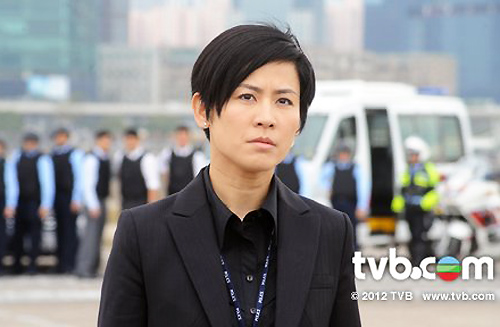 No longer under contract with TVB, it is now clear that Jessica Hsuan (宣萱) has no plans in returning. A sequel of last year’s popular drama, Tiger Cubs <飛虎>, has been planned to start filming this June. Although male lead, Joe Ma (馬德鐘), already agreed to film for the sequel, Jessica has officially rejected the offer.

Responding to her decision, Jessica said, “I am interested in filming the Tiger Cubs sequel, collaborating with Joe again. But when I sat down with TVB to discuss the contract, there were some things that couldn’t be coordinated. So I told TVB that I wouldn’t be filming. I don’t want to waste everyone’s time. I still prefer the current freedom of being able to choose different types of work. I enjoy pursuing jobs I like.”

Jessica further expressed, “I’ve been portraying professional roles for twenty years. Even if the audience isn’t bored of it, I’m bored. For instance, filming for Curse of the Royal Harem <萬凰之王> was exciting for both my fans and I, because I’ve never portrayed a character like that. It doesn’t matter if I did well or not, because at least it was a new experience. To me, the amount of salary I receive is not the most important thing.”

The current freedom Jessica enjoys refers to accepting jobs of her interest. Earlier, she was in South Africa shooting the special edition for a Now TV show. Jessica revealed that she had a fun time interacting with nature and animals. Being an animal lover, she spent time with giraffes, seals, and cheetahs. “I even kissed a frog!” She added.

Later, Jessica will be hosting a pet show for about 6 or 7 episodes. The show is to provide the audience with information about how to adopt abandoned pets, such as dogs and cats.

Back in December, Jessica was spotted with Fiona Sit’s (薛凱琪) rumored boyfriend, Reggie Martin, at a shopping mall. The two were rumored to be dating. Jessica laughed and told the press, “Reggie is just a friend. We met because my friend introduced him to me. We are not dating. Sometimes, we would meet when he visits Hong Kong from Macau. Just earlier, we had dinner together along with Michael Wong (王敏德). I have many male friends. The rumors will not affect my relationship with Reggie.”