Joey Law and Jeannie Chan Speculated to Be Dating 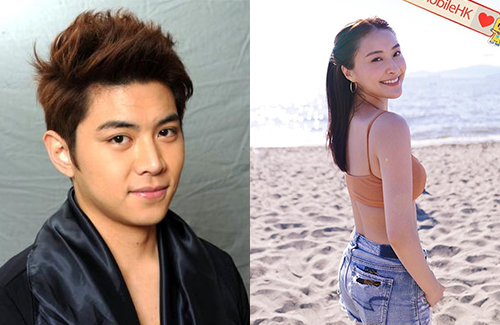 The media are speculating that Joey Law (羅天宇) and Jeannie Chan (陳瀅) are dating, and it’s not hard to see why.

This week, reporters spotted the rumored couple out on a movie date. While Moon Lau (劉佩玥) and Adrian Chau (周志文) were also seen with them, things took an interesting turn when reporters saw Jeannie leaving the theater an hour before the movie ended.

In March 2018, Joey announced that he has split from actress Roxanne Tong (湯洛雯) after dating for four years. Roxanne confirmed it in a later statement, adding that their split was “a while ago.” At the time, there was a rumor that Jeannie was the reason behind the breakup, but Roxanne stressed that there was no third person involved.

The 28-year-old actor actually comes from a wealthy family—his family lives in a wealthy area in Yuen Long, and Joey himself is known for driving expensive cars. With such a wealthy background and his girlfriend type, Joey has to be extra careful when he logs online.