The music video for the Mandarin pop queen’s latest single sees her dancing with 32 muscular men.

Attracting over two million views just four weeks after release, Jolin Tsai’s (蔡依林) latest single “Karma” <你也有今天Karma> is based loosely on a bizarre but true event which happened over 75 years ago, where 32 men had jostled and lusted over the only woman on the island of Anatahan – which eventually resulted in the deaths of 12 people.

The music video states that it is “a homage to the queen of Anatahan”. In it, a scantily clad Jolin is seen dancing sexily with 32 muscular men, and props such as chains and guns are also featured.

Situated in the Pacific Ocean, the island of Anatahan is only 13 square miles wide, with 20 native inhabitants who left soon after Japan’s surrender during World War II. Kazuko Higa (比嘉和子) and her husband together with the latter’s superior were assigned to plant coconuts on the island in 1944 by their company Nanyo Kohatsu. Soon after,  Kazuko’s husband failed to return after being transferred to another island. Kazuko developed feelings for her husband’s superior and remarried him.

In mid-1944, 31 survivors of several Japanese fishing vessels sunk by American troops found their way to Anatahan island. A year later, Japan officially surrendered but the stranded survivors found it hard to accept this and continued living on the island, forming the sole population of 32 men and 1 woman, including Kazuko and her husband. 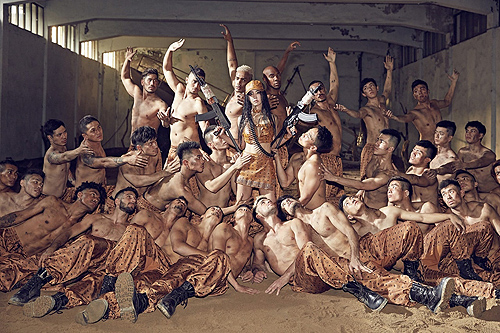 Had Food and a Place to Stay, but No Clothes

At first, life was peaceful as Kazuko and her second husband lived separately from the survivors. However, resources on the island were limited and they were soon left with no fabric, leading everyone to cover themselves with clothing scraps and even leaves. The male survivors, especially the younger ones, found themselves attracted to an almost half-naked Kazuko.

In August 1946, the islanders discovered the remains of an aircraft which had been bombed by American troops, and also found some daily necessities along with four pistols and bullets. They successfully repaired a pair of pistols, a development which would lead to tragic ends.

Soon after the firearms were recovered, one of the men fell from a tree and died. Although everyone knew that his death was not an accident, no one dared to speak up. After that, the two men who possessed the pistols forced Kazuko to wait on three husbands. After a year, one of the two armed men was shot and killed after an argument between them. This shocked Kazuko’s second husband who then “surrendered” her to the sole armed man, and went to live away from the rest. However, a few months later the man drowned in the seas, and another got hold of his weapons. Kazuko’s second husband subsequently died from alleged “food poisoning” and so she remarried the man who now possessed the guns. Later, mysterious deaths continued on the island, including that of her fourth husband.

The men on the island decided to throw the pistols into the sea, and requested Kazuko to pick her own husband. She chose yet another male and married him as her fifth husband. Shockingly, this husband again died mysteriously along with a few other islanders thereafter.

Adapted into a Film and Play

The remaining 19 men realized that Kazuko was undeniably at the heart of the mysterious deaths, and they decided to team up and kill her. When she got wind of this, Kazuko hid deep in forests on the island.

She was rescued by American troops after a month of hiding and sent back to Japan in 1952. There she became a media sensation, and was given labels by the local press including “Queen of Anantahan Island”, “Queen of Bees” and “The woman who bewitched men”.

This story also inspired a play and a 1953 black-and-white film of the same name, in which Kazuko made an appearance. 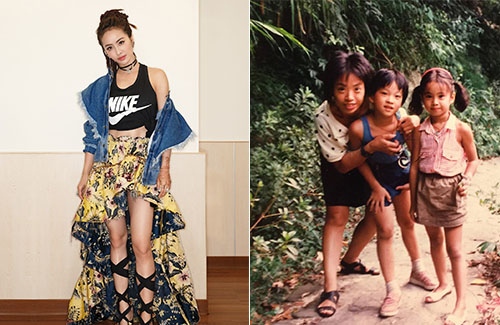