Kary Ng is Not Pretty Enough for Shawn Yue? 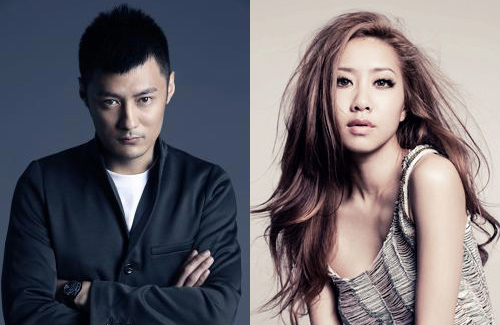 While the public does not hear too much about singer Kary Ng’s (吳雨霏)  love life, it was recently revealed that she and Shawn Yue (余文樂) have been secretly dating for 3 months. After the romance was exposed, Shawn’s fans were vocal that they did not think Kary was pretty enough to match him.

Shawn and Kary’s friendship actually dates back to this past October, after he extended a courtesy to direct Kary’s MV for her hit song, “People Are Not Plants” <人非草木>. He also pulled personal favor cards to recruit a production crew from his films and took time out to travel to Taiwan personally in order to capture some off-location shots.

Ever since 26-year-old Kary called it quits for good with on-and-off again boyfriend tennis player Brian Hung (洪立熙), she started spending more time with 31-year-old Shawn, whom she has known for a while. Shawn was able to console her through this rough time and they naturally escalated their friendship into a dating relationship. The efforts Shawn put in was all worth it in the end because the couple has been dating for nearly 3 months.

Shawn and Kary Look at New Home Together

Shawn’s dating life has always been very low-key and aside from being linked to Gillian Chung (鍾欣桐) in the past, his personal life does not make the news much. Despite Shawn’s care to keep his love life discreet, Hong Kong’s Sunday Magazine published photos of Shawn and Kary taking a romantic stroll in Stanley on Valentine’s Day. According to the outlet, Shawn took Kary to look at the new luxury home he was interested in purchasing.

After news broke of Hong Kong’s latest celebrity couple, netizens revealed that Shawn and Kary made an appearance in Heathrow Airport in Britain. Shawn did not openly acknowledge his romance with Kary yet, but he uploaded a photo taken in London’s Hyde Park, acknowledging he is currently on vacation. The photo was deleted hours later, likely after Shawn witnessed Kary and his fans’ heated online exchange over their romance.

Shawn and Kary’s Fans at War

Shawn’s fans grew upset that their idol is dating Kary, whom they did not regard as a good match for him. Shawn’s fans wrote on social networks, “Your taste is scary! Why is it Kary? She can’t match up to you. You’re so handsome!” Some fans thought that Kary may have even gotten plastic surgery and continued to tear her looks apart.

Kary’s fans came to her defense and stepped upon Shawn, by criticizing his past relationships. Kary’s fans wrote, “What farting good is his handsomeness?”

While the vehement exchanges took place, some online fans sent their blessings to the couple and wished them well.

Shawn and Kary’s managers did not deny their dating news, only revealing that both stars are currently on vacation until March. However, it was understood that Shawn had brought Kary to friends’ gatherings and the couple’s dating relationship was not a secret in the entertainment circle.

34 comments to Kary Ng is Not Pretty Enough for Shawn Yue?