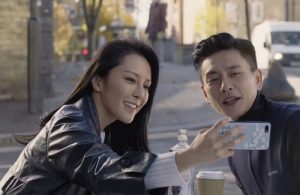 To promote the currently airing drama, Flying Tiger 2 <飛虎之雷霆極戰>, TVB invited its cast members to share their filming experiences on the Flying Tiger 2 Special <飛虎同學會>, hosted by Chin Ka Lok (錢嘉樂) and Sharon Chan (陳敏之). In the newest episode, it was revealed that Kelly Cheung (張曦雯) stood up to TVB executive Virginia Lok (樂易玲) and advocated for the safety of the Legal Mavericks 2 <踩過界II> cast and crew while they were filming during the COVID-19 outbreak.

Recently, Flying Tiger 2 leads Michael Miu (苗僑偉), Bosco Wong (黃宗澤), Ron Ng (吳卓羲), and Kelly made an appearance on the special program to divulge in behind-the-scenes anecdotes. Somehow the topic of working during the pandemic came up, and Michael asked Kelly if she was scared to resume work a few months ago. She replied, “It was a really scary time because we didn’t know what was happening. The virus was getting serious, and as actors, we weren’t allowed to wear masks during filming, so the only thing we could do was have the crew wear masks.” 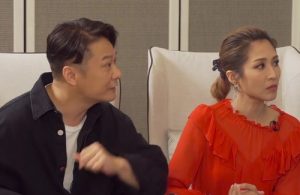 On top of the minimal safety gear, an extra threw up right outside of the filming set, which caused a scare for everyone. Luckily, it was not serious. Still, Kelly approached Virginia to demand precautions to be taken. Ka-lok curiously asked, “How did you approach Ms. Lok? She did reveal to me that Kelly is a good actress and cares about the safety of her crew and cast.”

It turns out Kelly called Virginia asking to discuss a matter, and Virginia agreed. However, Kelly ended up going to see Virginia with a group of her coworkers. “Because we were so scared of not knowing what was going to happen,” Kelly expressed. 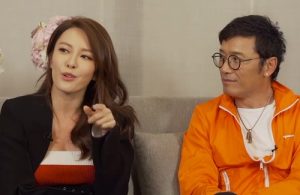 As a result of that meeting, TVB arranged for only one group to film per day, which is quite rare. Kelly’s kissing scene with Legal Mavericks 2 costar Vincent Wong (王浩信) was also contactless, with the crew using camera angles to make it seem like the two kissed. Kelly expressed gratefulness for the executives’ understanding.

Hearing this, Ron said he is pleasantly surprised that TVB is so understanding. Chiming in, Michael commented that they are lucky, as no one dared to challenge the executives in the past. Ka Lok praised the young actors for their courage to fight for what’s right.