Wrapped in October 2021, Shaw Brothers production Mission Run <廉政狙擊> (formerly “ICAC Attack”) starring Bosco Wong (黃宗澤), Ron Ng (吳卓羲), Vincent Ng (王浩信) and Nancy Wu (胡定欣) in the leads has one of the strongest cast lineups among the new crop of dramas. However, Nancy’s name and image have been removed from the drama’s publicity poster, allegedly due to her pro-HK independence stand! 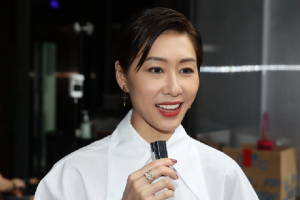 Sharp-eyed netizens spotted that the 41-year-old’s image had been digitally removed from the latest version of an official poster on streaming giant Youku. They dug out an old social media post, in which the actress had expressed her political sentiments, “Standing united…tonight I feel it! I’m not good with words, I only hope that Hong Kong and (tomorrow) can become better!” The poster now features only the visuals and names of Bosco, Ron, Vincent and actresses Sisley Choi (蔡思貝) and Mandy Wong (黃智雯).

Her first project with Shaw Brothers since leaving TVB in 2020, Nancy had previously shared that she would be playing Bosco’s elder sister. The story centers on a group of friends growing up in Sai Wan who lost touch after a disastrous building collapse. Calling it the “biggest challenge” in her career, she said, “This character has the most complicated, sympathetic and pitiful experiences growing up in all of my roles so far… I lost my legs and had to wear prosthetics, we (wanted to) seek justice,” She was also glad to reunite onscreen with Mandy Wong as the longtime friends’ previous collaboration was way back in 2009’s A Chip Off the old Block <巴不得爸爸>.

Expressing that the role had been a “breakthrough” for her, it remains to be seen if her scenes within had been affected.