Kelly Cheung Finally Gets to Spend Time with Her Boyfriend 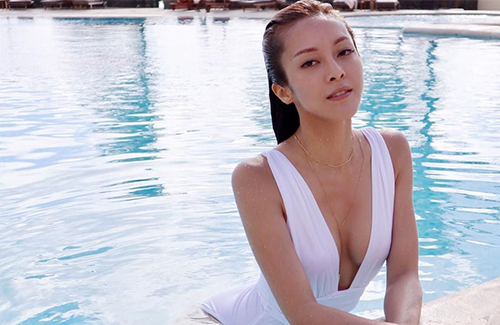 After completing his mandatory two week quarantine, Kelly Cheung’s (張曦雯) boyfriend is finally free from his coronavirus cell and is back with Kelly.

The Legal Mavericks 2 <踩過界II> actress shared that they immediately embraced upon seeing each other. To celebrate her 30th birthday in advance, her boyfriend also surprised her with a gift that she’s been dying to try out – a virtual reality video game. Kelly said, “We’ve been spending our time playing games. Those who know me know that I’m not very girly. Last year he gave me a pink handbag, but I never really had use of it.”

Originally scheduled to film a portion of Legal Mavericks 2 in Myanmar, TVB announced that the “overseas” filming location has changed to Tai O, Lantau Island, due to coronavirus traveling restrictions. The crew will be staying overnight in Tai O for about a week to accommodate filming schedules and traffic.

“It’s going to be like an overseas trip,” described Kelly.

Unable to travel to Myanmar, TVB will also be unable to cast Burmese actors for the show. “Brian Chu (朱敏瀚) and Snow Suen (孫慧雪) will be playing [Burmese Chinese],” said Kelly. “They’ve been cast since the beginning.”