The 2020 TVB Anniversary Awards closed the curtain on last year’s dramas on January 10, 2021. There were as much surprises as there were fail-safes—and the same can be said for the red carpet. Here are 15 of last night’s most glamorous—and most memorable—looks. 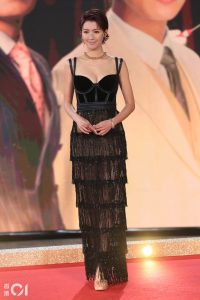 As it turns out, Sunday was one of Sisley’s most memorable nights, as she won Best Actress for her performance in Legal Mavericks 2020 <踩過界II>—at only 7 years after debut. Here, Sisley has opted for a black bodice with a vintage-inspired fringed skirt, definitely one of the most unique looks of the night. 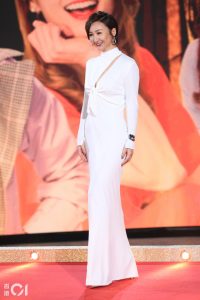 The Al Cappuccino <翻黑路人甲> star looks sophisticated and elegant in her body-hugging formal gown, which is a breath of fresh air compared to her more revealing looks in previous years. 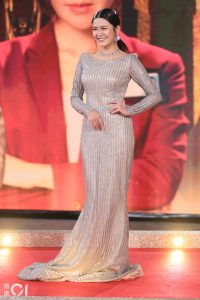 The Death By Zero <殺手> actress is a walking diamond with her classic evening gown. 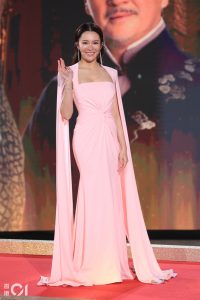 The rising star gave the red carpet a pop of color among the shades of black, white, and silver. The neck-to-floor cape commands attention on the stage. 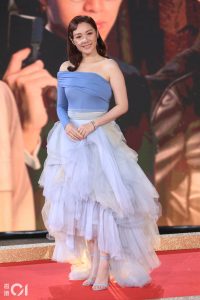 The Forensic Heroes IV <法證先鋒IV> actress didn’t win any big awards or top nominations last night, but she was able to win the heart of Best Actor nominee, Kenneth Ma (馬國明). She promised she would marry Kenneth if he won, unfortunately, the trophy didn’t go to Kenneth. No matter—better luck next year. 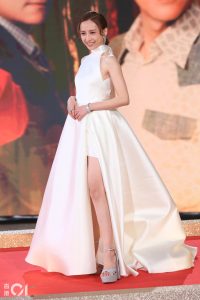 The Most Popular Female Character winner was 2020’s main rising star, thanks to her fantastic performance in the award-winning Hong Kong Love Stories <香港愛情故事>. Her unique gown is also winning popularity rankings. 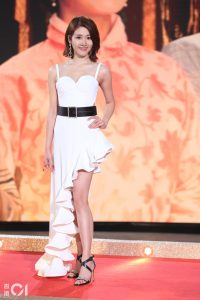 To stand out in the sea of black and white, the Most Improved Female Artiste nominee donned an asymmetrical gown to turn eyes at the red carpet. 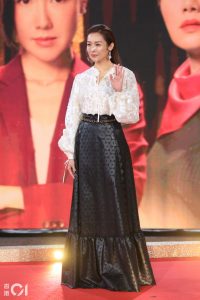 Like Gloria, the Best Actress nominee is covering all grounds with the black and white block. She’s chosen the more conservative route, just like her character in Death by Zero. 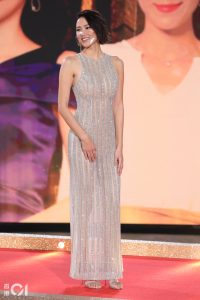 The young actress happily showed off her fantastic figure in this body-hugging sheer gown. Definitely one of the most beautiful looks that night! 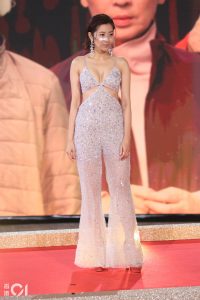 While Yoyo didn’t get a top five nomination, she was the center of media attention. One, because she was on the same stage as her husband Vincent Wong (), and two, she had on one of the night’s most beautiful and most daring one-piece. 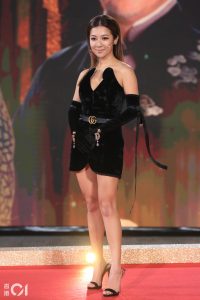 The singer disregarded red carpet traditions and chose to stand out in a bold, velvet short gown. 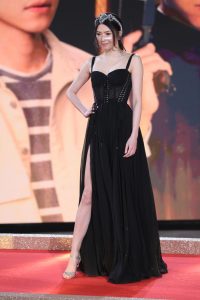 Arriving at the awards with this elegant black gown, the statement headpiece definitely puts Shiga’s gown apart from others. 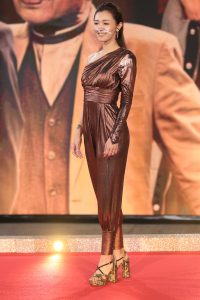 Whether it’s the color or the style, Bowie would not be difficult to spot!