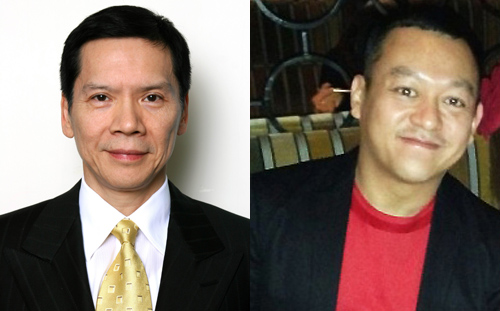 Godfather Charles Heung (向華強) is ready to severe ties with Kenny Wee (黃浩), who is accused of abusing the film producer’s influence to wreak havoc in the entertainment industry.

Restaurateur Kenny Wee has been brazen in his insinuation that Hilary Tsui (徐濠縈) and Josie Ho (何超儀) took drugs at his restaurant, charges against Eric Tsang (曾志偉) for physical assault, and litigation against Oscar Leung (梁烈唯) for defamation. Kenny’s antics have not only angered various Hong Kong celebrities, in which he was subsequently called a “crap-eating dog” and “locust“, but also sparked the ire of his godfather, Charles Heung, the founder of China Star Entertainment Group.

Earlier, tabloids reported that Kenny was backed by a Hong Kong tycoon, with bottomless pockets, in his litigation pursuits. Charles Heung’s wife, Mrs. Heung, dashed such rumors when she revealed that her husband has been annoyed with Kenny’s month-long antics and is ready to cut off their connection at any time. Mrs. Heung instead publicly supported Eric Tsang, for his kind-hearted nature.

Perhaps with the Heungs’ intervention, Kenny may finally halt his litigation efforts and allow the involved artists to breathe more easily over the New Year festivities.