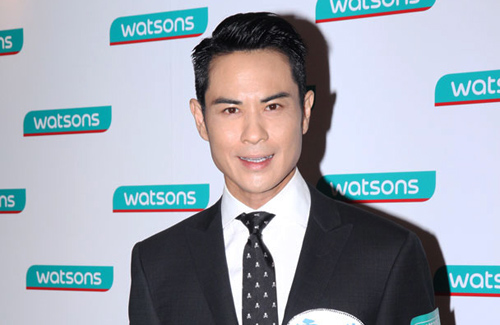 Despite always having had a cordial relationship with the media, 46-year-old Kevin Cheng (鄭嘉穎) lost his temper a few days ago and allegedly shouted obscene profanities at a reporter. To salvage his reputation, Kevin took the opportunity while attending an awards ceremony to clarify the incident.

“From the start, both parties had an attitude problem. I will usually respectfully persuade [the reporter(s)] and hope to have some privacy. The opposing party said he wanted to conduct an interview. I declined the request. I told him that taking pictures from afar is okay, but it will be a nuisance if it’s within close proximity. That will be a problem. I don’t recall if I used the word “cripple” (廢).”

Having just entered into a new relationship with Miss Hong Kong 2013 winner, Grace Chan (陳凱琳), Kevin was asked whether his poor behavior frightened his girlfriend. Kevin explained, “I am not usually like that. It depends on the situation. It is only under difficult situations that I am this way. I admit that I am a public figure. But in Hong Kong, every citizen should have his own rights. I should be able to choose not to accept an interview. If I don’t even have this type of freedom, then I think it is very sad. I cannot accept that. Taking pictures is not a problem, but don’t be an intrusion. I respectfully declined the interview, and that [decision] should be respected. [Respect] should go for both parties.”

Regarding the situation, Grace had previously voiced her support for Kevin. To this, Kevin happily responded, “I am just reasoning things out. If what I say is reasonable and she supports me, then I will be very happy. If the other party is right, I would apologize. If I am being unreasonable, I would be unhappy if she supported me.”