Kevin Cheng: “I May Not Marry the Woman I Love the Most!” 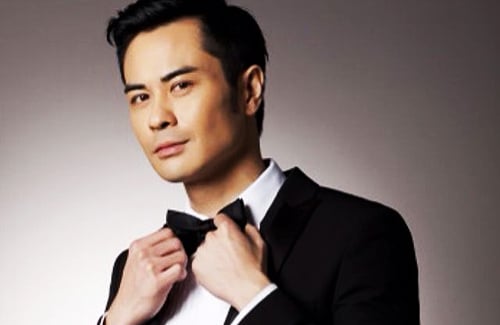 In the entertainment industry for 20 years, Kevin Cheng (鄭嘉穎) was a singer turned actor who found great success in the television industry. Opening his own production studio this year, Kevin hopes to have greater control over his career. He wishes to cut down on the number of projects he appears in and only film for scripts that interest him.

With his company in its early stages, Kevin is still adapting to his role as a producer. Learning about project planning and production work firsthand, Kevin said, “As an actor, I used to nitpick on the scripts a lot. Now that I’m a producer, I realize it is not easy to come up with a story that flows smoothly and logically and pleases everyone.” Kevin realizes that it is necessary to compromise towards a common goal when working together with his staff.

Speaking of his first production, Kevin glowed with pride. Though Kevin chose to keep the details shuttered, he divulged that it will be a light-hearted comedy. Kevin stressed that it will not be a slapstick, but a witty black comedy instead. Kevin admitted that his debut production will mirror his own personality. Kevin said, “I’m actually a very humorous person! I don’t really like to film series that are tragic and filled with crying scenes, but I always get those!” And that may be the reason why playing the witty L.A. Law in Ghetto Justice <怒火街頭> came so naturally to Kevin.

Perhaps his serious image led casting directors to misunderstand his real personality, but Kevin never sought to change that view. Instead, he treated it as a challenge. It was with this mentality that Kevin took up the titular role in TV drama, Ip Man <葉問>. Kevin joked, “The most common question I get is how am I different from Donnie Yen’s (甄子丹) Ip Man? The answer is a no-brainer! I am the Ip Man who cannot fight!” In a more serious tone, Kevin added, “That role was a big challenge for me. [With no fighting skills], I can only use my acting to convince myself and the viewers that I’m Ip Man.”

Nevertheless, Kevin has come a long way and is glad that with his stable financial situation, he can be selective with his filming choices, allowing him to film for free should he come across an intensely interesting project.

Kevin said of his philosophy in life, “In this industry, we are living under a huge magnifying glass. Our moves are constantly monitored and critiqued. There will always be people who are unhappy with us. If that is the case, we must as well be ourselves. At least, we are comfortable and happy.” Wise words but this notion only came after years of experience. Kevin revealed that he was never so objective in the initial years of his career, in which he felt despair for up to 3 days after an unpleasant incident before he forced himself to stand back up.

Despite his busy work schedule, the thought of family life is never far from Kevin’s mind. Forty-three-year-old Kevin hopes to find a partner with whom he can spend the rest of his life. “There are ups and downs in everyone’s life; I wish my partner would be able to support me through my downs. Likewise, I hope to do the same for her.” Ranking compatibility as number one on his list, Kevin revealed he has yet to find his ideal wife.

Kevin reflected, “I have thought deeply of my past relationships. It is not a matter of who is right or wrong; it’s all a matter of compatibility and timing. Eventually, the woman I marry may not be the one I love the most. When she appears, maybe I’m not ready yet. But she could not wait. After she got married, I still could not let go inside my heart. Hmm…it’s a matter of time. Yes, it’s unromantic to say this, but it’s the truth.”

65 comments to Kevin Cheng: “I May Not Marry the Woman I Love the Most!”