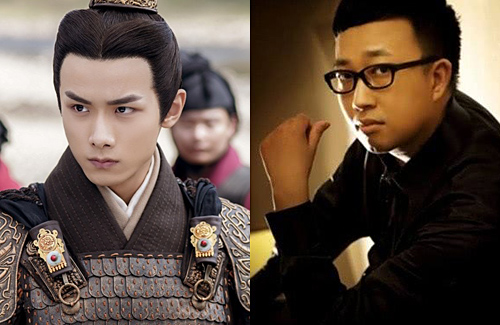 Rising in popularity with his role in Legend of Haolan <皓镧传>, 21-year-old Mainland Chinese actor Zhao Yiqin (趙弈欽) is expected to reach greater heights in his career. However, with his ex-girlfriend currently harassing him to get back together and threatening to ruin his career, Yiqin felt very troubled and had to ask his boss, Yu Zheng (于正), for help.

Portraying Prince of Zhao in Legend of Haolan, an upright and romantically loyal character, many viewers became attracted to Yiqin’s good looks and acting skills. Only in the industry for three years, Yiqin is currently a managed artiste under Yu Zheng’s studio.

Frustrated by his ex-girlfriend’s threats, Yiqin decided to reveal everything on social media before she has a chance to publicly ruin his name. He shared screenshots of his exchanged with Yu Zheng, “Teacher Yu, I am very scared. My ex-girlfriend is threatening me. She said that if I don’t get back with her, then she’ll expose me online to ruin my career. She also said that the entertainment circle is a volatile industry, so the second she posts a controversial topic online, my life will immediately be over. She can also exaggerate as much as she wants.”

Hearing this, Yu Zheng thought Yiqin’s ex-girlfriend was being ridiculous and comforted him to not be afraid. Yu Zheng wrote, “Since when did actors’ careers become under everyone’s control? Whether true or false, rumors can ruin a person, what kind of nonsense is this?” 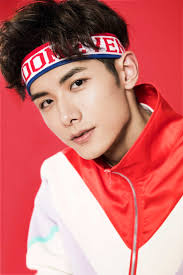 Yiqin had accordingly given her almost 1 million yuan, which was nearly all his income from acting. He said, “Each time I got paid from my jobs, she would ask me for money. She said if I loved her, I would give her all of my money. If I didn’t give it to her, we would always end up arguing. I didn’t want to argue with her, so I gave her the money. I just wanted us to get along.”

Over time, Yiqin realized the relationship was toxic and wanted to distance himself. His ex-girlfriend felt he was challenging her limits and gave him two choices, “One, you give me your Weibo password and I’ll delete the account. Don’t act anymore and return back home. Or two, you can continue doing what you want, but you can’t control whatever I’m going to do.” She then threatened that she’ll ruin him, “Your boat will definitely be flipped over by me.”

Though netizens supported Yiqin and heavily scolded his ex-girlfriend, some were surprised by his inability to handle his own relationship problems. But Yiqin’s actions also show that he truly fears his ex-girlfriends’ actions and the extent of damage she can exert.

Netizens tried to help the actor by tracking down her identity and discovered her name to be Tang Mengxin (湯夢欣). Results show that she has a powerful family background, although it is unknown if she is linked with the mafia or politicians.

Despite this, Yu Zheng made a clear warning, “I will reveal her face and request the police to investigate her two passports and identity cards, as well as where your money is from or who else you have cheated.” Netizens praised him in being a good boss after seeing him trying to protect the young actor.