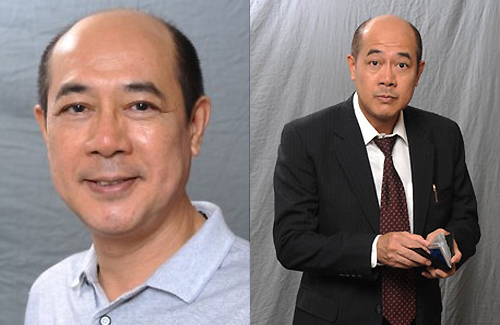 When Ricky Wong (王維基) opened his new television station HKTV, he made it clear that all actors, leading, supporting and “green leaves” – will be important contributors to the success of his new drama station. All experienced actors, said Ricky, are difficult to come by in the television industry.

Li Shing Cheong (李成昌) was among the most popular green leaf actors to get recognized last year. Along with Carol Cheng (鄭裕玲), Hui Siu Hung (許紹雄), Sunny Chan (陳錦鴻), and Chin Ka Lok (錢嘉樂), Li won the Outstanding Artist award at the 2012 TVB Anniversary Awards, his first award since joining in the industry 34 years ago. Li, or any of the Outstanding Artists, were not told beforehand that they would be given the award. Li arrived to the award ceremony thinking that he would be presenting an award.

When Li took his award, he clutched it tightly. His smile was of true happiness.

Recalling his first day of joining TVB, Li said he remembered that day very well. “I signed my first contract on October 11. It was my birthday. From having hair to having no hair… it’s been over 30 years,” said Li. “Whether or not I win an award, I will still be happy, that is, as long as I have my salary!”

Li joined TVB’s artist training class in 1979. He was a starring cast member in the sitcom, Hong Kong Eighties<香港八一至八六系列>, which ran for six seasons. He portrayed the youthful and hardworking Hong Jai, a new immigrant from mainland China.

“After playing Hong Jai, I wondered if I would ever have a chance to portray leading characters again… but it never happened. Everyone is endowed with a talent, and maybe being a leading actor is not a talent of mine.”

Li has acted in many TVB dramas in the last three decades. He was a familiar face to the audience. They knew he was Susanna Kwan’s (關菊英) lover in Heart of Greed <溏心風暴>. They knew he was Kiki Sheung’s (商天娥) menacing older brother in Rosy Business <巾幗梟雄>. But did they know his name was Li Shing Cheong? Not many of them.

“I considered changing my stage name to ‘that dude’,” Li joked. “After all, I was recognized, but my name wasn’t. Even so, I never thought of giving up. I have an addiction to acting. I tell my students at the acting class that when you join this industry, it shouldn’t be for money, nor should it be for the sake of being a celebrity. It should be because you truly like acting.”

Li’s acting itches came at a very young age. “I remember whenever my teacher is absent, our counselor would take over the class and have some students tell stories. Every time, I would be secretly wishing that she would call me. I think I was born to love acting.”

Although Li knew that he would probably never have the chance to portray a leading character again, he has discovered that portraying supporting characters can receive just as much success. “On those two episodes of my character dying in Witness Insecurity <護花危情>, King Sir (Chung King Fai 鍾景輝) came up to me and said he was very impressed. I was really happy!”