“The Day of Days” Jumps on the Fresh Bandwagon 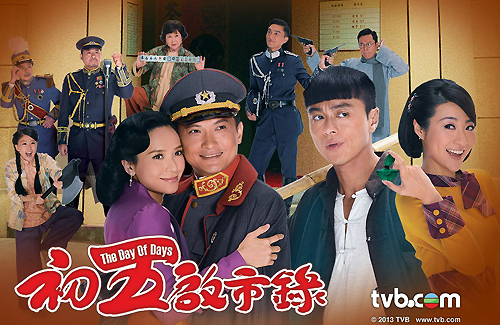 The first episode of The Day of Days generated positive reception. Viewers praised the lighthearted comedic aspect of storytelling and its strong supporting cast. Although the drama is dominated with many of TVB’s usual “green leaf” actors – such as Cheung Kwok Keung (張國強), Mimi Chu (朱咪咪), Timothy Cheng (鄭子誠), Law Lok Lam (羅樂林), and Li Shing Cheong (李成昌) – the fresh setting of The Day of Days has drawn viewers to tune in.

Similar to The Day of Days’ competitor Inbound Troubles <老表，你好嘢！>, netizens praised The Day of Days for its fresh cast and plot. During the broadcasts of predecessor prime-time dramas Friendly Fire <法網狙擊> and Missing You <幸福摩天輪> last month, netizens once complained about TVB’s lack of supporting actors and repetitive story lines in their productions. Mary Hon (韓馬利), a supporting actress in both dramas, was reunited with her sons (Sammy Leung (森美) in Friendly Fire and Jason Chan (陳智燊) in Missing You. Rosanne Lui (呂珊) played the mother of the two female leads in both Friendly Fire and Missing You. Cheung Kwok Keung played powerful High Court roles in both dramas as well. Viewers noted that they were often confused to which drama was on air due to the same supporting cast playing similar roles.

Just like Inbound Troubles, The Day of Days manages to scurry through the “repetitive” complaints from netizens. With the fresh collaboration of returning actors Sunny Chan (陳錦鴻) and Sonija Kwok (郭羨妮), as well as first-time collaborators Raymond Wong (黃浩然), Lin Xiawei (林夏薇), and Matt Yeung (揚明), The Day of Days brings a refreshing feeling to the Hong Kong audience.

“The Day of Days” Trailer