A seasoned actor for 34 years, Wayne Lai (黎耀祥) has worked with many A-list actresses and has many interesting stories to tell about his filming experiences. Though Wayne is usually mild mannered and keeps a professional composure, he complained about working with an actress who was always late. In a recent episode of More than Mall <雙祥見>, he recalled his frustrating filming experience.

Many years ago, Wayne was filming a scene for a historical drama on the top of a hill. Since the filming site was not accessible by cars, the cast would have to hike for 20 minutes under the hot sun while wearing their costumes.  While Wayne accommodated the director’s demands, he was angered to find his female co-star was absent at the scene.

Since the rest of the cast had already arrived at the remote location, Wayne agreed to film the scene with a female body double. “The director said the actress can film her scenes next time, and I would need to accompany her to hike up the hill again! You know how hard it is to wear historical costumes, but I also had to hike up the hill. I was so upset!”

Wayne confessed that the most frustrating aspect of the situation was that the actress did not even apologize for her actions, “If she was remorseful, she wouldn’t be late again. Instead, she pretended that nothing happened.”

Upon hearing Wayne’s experience, netizens immediately attempted to identify the actress. As Wayne described that she is still very popular and does not film with TVB anymore, Maggie Cheung (張可頤), Benice Liu (廖碧兒), Sonija Kwok (郭羨妮) and Niki Chow (周勵淇) were speculated to be the tardy actress.

Due to her tardy history when filming other dramas, Maggie became a usual suspect. While working on Old Time Buddy <難兄難弟>, co-star Jessica Hsuan (宣萱) called Maggie out for being late and delaying filming schedules. However, some netizens pointed out that Maggie and Wayne appeared to be good friends when they were filming Forensic Heroes III <法證先鋒III>. 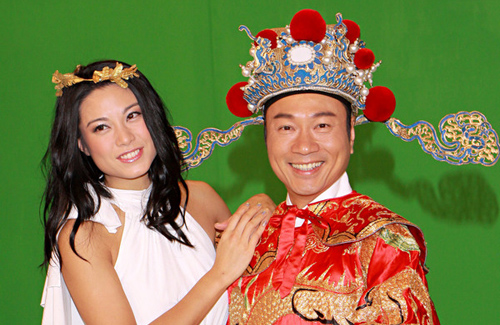 Bernice and Wayne had filmed The Greatness of a Hero <盛世仁傑> together. Other netizens speculated Bernice to be the tardy actress and have pointed out her diva personality. While filming  Margaret & David: Green Bean <瑪嘉烈與大衛系列 綠豆>, the former beauty queen was accused of being late and was difficult to work with. 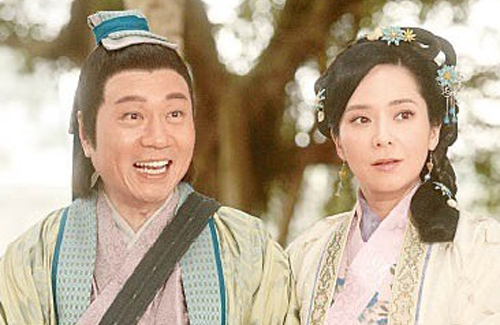 Choosing to focus on the Chinese market, Sonija may have faded from the Hong Kong entertainment industry after her marriage, but she was remembered for her tardiness on the set of The Academy 2 <學警出更2>. It was rumored that Sonija was constantly late to filming that the production team threatened to cut her out of the drama. When Wayne and Sonija filmed 2015 drama Under the Veil <無雙譜> together, he mentioned that Sonija has “matured a lot” after becoming a mother.

Niki and Wayne worked on The Gentle Crackdown <秀才遇著兵> together in 2005. Similar to other stars on the list, Niki was once criticized for being late and being a diva while filming 2006’s drama Under the Canopy of Love <天幕下的戀人>.  Like many stars from the 1990s, Niki is no longer signed with TVB and has moved to develop her career in China under her current contract with EEG.