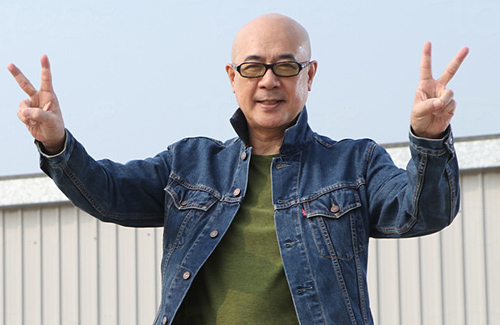 The actor plays a reformed ex-gambler in ‘Life On the Life’.

In the medical-themed drama Life On the Line <跳躍生命線>, Li Shing Cheong (李成昌) and Matthew Ho (何廣沛) play a father-son pair, who managed to touch viewers with their deep friendship and close bond. A veteran actor, Li Shing Cheong stood out with his worthy performance as a middle-aged man who caused his family to fall apart due to his obnoxious gambling habits but later mended his ways out of love for his son.

While Li Shing Cheong has recently been seen taking on similar roles of a loving father in various dramas, he is better known for a memorable string of villainous antagonist and addictive gambler roles over much of his 39-year long acting career.

In real life, the 69-year-old actor, better known as Cheong Gor, is a loving and responsible husband and father. A graduate from TVB Artiste Training Class of 1979, he signed on with the station and has been at the same job ever since. Married for over 25 years, Cheong Gor said his wife is understanding about his irregular working hours as an actor, never once complaining about him putting too much attention on his career. “She did not begrudge the fact that I had to be on set during holidays and major festivals. She understood even if I could not celebrate her birthday with her,” he said.

Describing his wife, who works in a bank, he calls her an introvert who loves watching dramas at home. Cheong Gor would use the feedback of his wife and her colleagues as a yardstick to determine how well viewers regard the dramas currently airing. While he shared that Mrs. Lee seldom watched the shows he acted in, he was delighted that she had recently started watching Life on the Line. “She told me that the series had too many tear-jerking scenarios, and asked if I was really crying in those scenes I appeared in. I told her, ‘Though I have never shed a tear in front of you, how could you not tell?’ She laughed upon hearing this.” 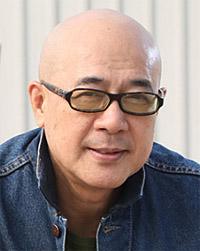 Sharing common interests such as mountain climbing and travelling, the couple went on many vacation trips after marriage, and especially enjoyed exploring Japan. However, they hardly traveled ever since the birth of their daughter.

A loving father, Cheong Gor recently sent his soon-to-be 17-year-old teenage daughter to England for further studies, all because she loved the schooling environment over there. Cheong Gor shared that he would rather work harder now and earn more to fulfill his daughter’s dream of studying overseas, instead of regretting it in future. He and his wife are considering a trip to England to pay her a visit.

Recounting how she came to know about his profession, he said he forbade his daughter from watching television when she was young. “It was only once when she was in primary school that she spotted me [on television]. She turned her head and looked [at me], before it dawned on her that I’m actor.”

While she does not ask him much about his work, Cheong Gor, who won TVB’s Outstanding Actor award in 2012, is proud that his daughter has inherited his artistic side, and loves strumming the guitar. “She may have inherited my passion, and was influenced by me to pick up acting classes last year.” However, his daughter soon found that acting was not her passion and gave it up to focus on academics. “Of course it was boring for her because she chose theory lessons. But she strums the guitar in her free time. She even outshines me [at guitar] now!”

Revealing his fatherly pride, it seems Cheong Gor has taken to the role of the loving father as skillfully as he portrays baddies on the small screen.