Although the entertainment industry took a huge hit from the pandemic this past year, many producers and film company CEOs still have confidence in its future. Peter Lam’s (林建岳) Media Asia Entertainment Group announced today that they would be collaborating with Louis Koo’s (古天樂) One Cool Group Limited to establish a new entertainment company, Cool Style.

Cool Style hopes to operate and expand into new aspects of the entertainment industry. The business provides artiste management and other related services in hopes of cultivating new talents in performing arts. The company will also focus on producing local movies to support and provide opportunities for new actors. In addition, Cool Style hopes to produce short videos to expand upon social media and the e-commerce market.

A spokesperson from Media Asia said the group’s main focus at the moment is to cultivate new talents and innovate new ideas to keep up with the pace of digitalization. Meanwhile, a spokesperson from One Cool continued to share, “The two companies will be collaborating. We hope to produce a lot of new and diverse local movies to support and discover talents and upcoming directors.”

The two entertainment companies have always had a good relationship. In addition to collaborating in many film productions, the two parties have also jointly established Media Cool Productions Limited and produced the television series Who Sells Bricks in Hong Kong <地產仔>. Recently, One Cool Group was even approved as a shareholder of Media Asia. It looks like Cool Style will also be a successful collaboration under Louis and Peter’s leadership. 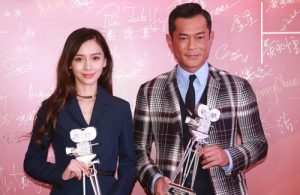