Many industries, including the entertainment sector, have been greatly impacted by the coronavirus pandemic. Due to the fear and uncertainty, most film and TV productions are on hiatus until further notice to ensure the safety of their workers. As such, Emperor Motion Pictures and Louis Koo’s (古天樂) One Cool Film Production Limited are teaming up to produce 10 new Hong Kong-based movies within the next two years in hopes of revitalizing the local film market.

“Hong Kong film productions have stopped due to the virus, which has led many film workers into a financial crisis. We feel very sorry for those who lost their jobs,” Emperor Motion Pictures said. “This time, our collaboration with One Cool Film Production is to support the Hong Kong film industry. We hope to help our local films return to the big screen.”

Filming to Commence in the Second Half of the Year 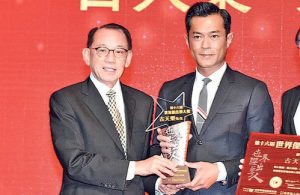 As a way of uplifting the Hong Kong film world during such difficult times, the two production houses plan on recruiting local workers for all 10 movies, which will consist of genres ranging from horror to humor and romance to appease a wider audience. Although they hope filming can commence as soon as possible so the industry can return to work earlier, they are still in the planning stages. But to get the ball rolling, the companies already took the initiative to contact both experienced and budding young actors to participate in the projects.

Chairman of Emperor Group Albert Yeung (楊受成) revealed, “We already found around seven to eight directors. We can begin immediately once we have a director and script. We already have two to three movies set, so we hope filming can start within three months. Unfortunately, we cannot reveal further details because we have not signed with everyone yet.” 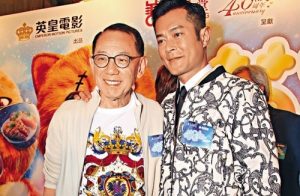 He added that the collaboration came about after he had dinner with Louis about a month ago. While discussing the city’s situation, they thought of the idea to make 10 movies together. When a reporter asked if they considered the risks involved, especially during a pandemic, Albert responded, “Making movies is always risky. Our biggest goal is to help workers, which is a value One Cool Film Production and Emperor Group share.”

One Cool Film Production added, “Hopefully we can discover more quality scripts for film productions through this collaboration. Our company’s goal has always been to nurture Hong Kong’s next generation of actors and film crew members. We hope to bring new hope and direction to Hong Kong movies and create a new framework.”