Moses Chan Is Ready to Start New Chapter in Life 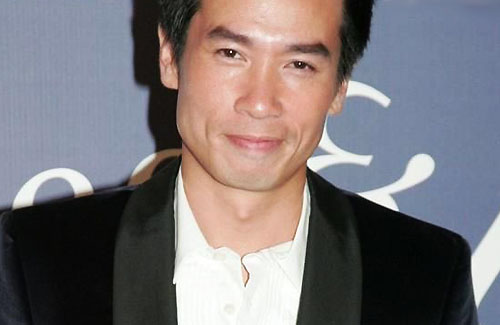 Note: Moses Chan spoke in an interview about his future intentions, prior to his wedding news with Aimee Chan emerged.

When Moses started dating girlfriend, Aimee Chan (陈茵媺) in 2011, they had already begun to make wedding plans for two years later. Aimee and Moses got married in Paris, France this week in a small wedding celebration with the attendance of their parents and several friends. With his new marriage and opening of a café, Moses Chan (陈豪) is set to embark on the next chapter in his life.

Moses has always been a big lover of coffee. It is an open secret that he spends a lot of time on his coffee beans. It is no surprise that he finally decided to turn his passion into an investment. Earlier in the year, Moses had been scouting around for a shop space to open a coffee shop. He predicted that his shop will open next year. Moses revealed that he will discuss his business plans with Aimee.

Aside from his coffee shop business, Moses has already spent two decades of his life on his acting career. Though he is still unsure which path he may eventually take, it is not the time to stop working yet. Always planning ahead, Moses felt that he still has to continue to strive forward if he wants his future to be more secure and stable, focusing on his career.

Although he has been an actor for 20 years, Moses has always given the impression of a happy-go-lucky and laidback person. This is merely one of his tactics to survive in the industry. He said, “This is a difficult industry to work in. You will receive many criticisms and injustice. Efforts and rewards are not proportional to each other. Regarding Beauty at War <金枝欲孽贰>, I can only tell people to appreciate the efforts put in by the cast and crew. Do you think I mind the criticisms and ratings?”

Regarding the recent surge of new blood in TVB, Moses felt that it is a good thing as the new generation of actors is able to give a refreshing element to the shows. He praised the efforts of Raymond Wong (黄浩然), Ruco Chan (陈展鹏) Edwin Siu (萧正楠), Jason Chan (陈智燊) and Tony Hung (洪永城). Naturally, Moses did not fail to mention Aimee. He shared admiringly, “She has a very strong personality and is very resilient. I don’t want to force my methods on her and she herself also wants to win the viewers over through her own ways.”

Moses may be a self-proclaimed dull and boring person, but he is also a renowned gentleman. Even his mother could not help heaping praises on him. Not only is Moses a filial son, he also will go out of his ways to help strangers, even to the extent of causing inconvenience to himself, much to the chagrin of Mrs. Chan. Humbly, Moses said, “No one is perfect. I also have a bad temper. If I burn my coffee beans, I will throw a fit. My soccer-mates have also seen my bad temper on the soccer field.”