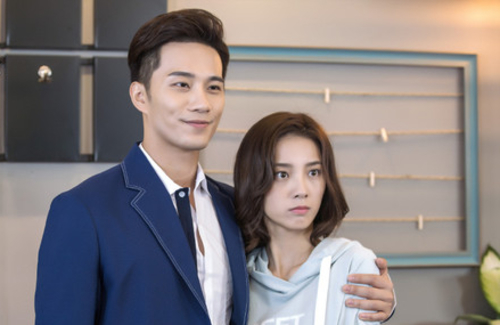 With Chinese drama My Girlfriend is an Alien <外星女生柴小七> gaining traction through word of mouth online, many viewers are getting curious about the lead actor, Bie Thassapak Hsu (徐志賢). What many people don’t know is that the 27-year-old artiste is a man of many surprises. Not only is he a former K-pop idol, a husband and a father, but he is also of Thai and Taiwanese descent.

Born to a Taiwanese father and a Thai mother in Taiwan, the actor-singer moved to Thailand at the age of 14. There, he made his official debut in 2011 after he won first place at the talent show, “KPN Award,” and two years later, he became a member of the South Korean boy band, VICTOR. A man of many talents, Bie was also a cohost on the Mainland fashion variety show, Secret of Beauty <花顏的秘密> and he starred in two Chinese dramas: Love Won’t Wait <如果，愛> and Cinderella Chef <萌妻食神>.

As for his personal life, Bie tied the knot with well-known Thai actress Gubgib Sumonthip Leungutai in 2016. That same year, they welcomed their baby daughter Paopao in June, and the married couple often shares photos of their family of three online.

The handsome dad recently set off a heated discussion on the Internet for his portrayal of the hot and overbearing CEO Fang Leng in My Girlfriend is an Alien. His hilarious and ridiculous banter with costar Wan Peng (万鹏), who plays alien Chai Xiao Qi, is winning over fans in addition to the sweet interactions between them in the series.

My Girlfriend is an Alien tells the story of an alien girl from planet Cape Town getting stuck on Earth. She crosses path with CEO Fang Leng, who suffers from heterosexual amnesia, forgetting the opposite sex whenever it rains. The silly storyline makes for a drama full of high-energy, laughs, and romance.

“My Girlfriend is an Alien” Trailer 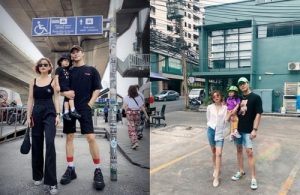 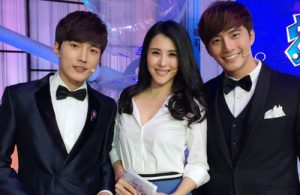 TAGS: Bie Thassapak Hsu, My Girlfriend is an Alien