Myolie Wu to Move Out of Bosco Wong’s Apartment Building 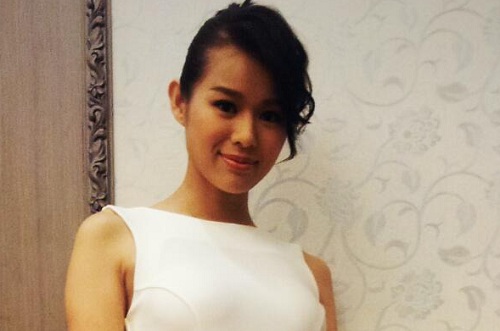 After ending her 8-year romance decisively, Myolie Wu (胡杏兒) is determined to start afresh and make a clean break with her ex-boyfriend Bosco Wong (黃宗澤). Apple Daily reported that Myolie had already bought two adjoining apartments at Caldecott Road situated at Cheung Sha Wan, Hong Kong and plans to move out from her present apartment in which she resides in the same building as Bosco.

Myolie Planned for the Breakup in March?

Bosco was rumored to have past flings with his co-stars. In order to keep a tab on him, Myolie allegedly moved into the same residential building, several floors above Bosco’s apartment. Despite this, Bosco still gave Myolie a sense of insecurity due to his frequent romantic rumors.

Myolie allegedly made up her mind to end her relationship with Bosco when she sourced for a new apartment in March this year. She eventually bought two adjoining apartments at Caldecott Road at a price of $16 million HKD, in which she planned to move in with her elder sister.

There were speculations that one of her apartments was a gift from Myolie’s rumored new beau, Eric Huang (黃少祺). However, when Apple Daily checked on the purchase agreement, it was reflected that the buyer’s name was Myolie.

Myolie admitted that she had indeed bought two new apartments. She said, “I used my hard-earned savings to purchase my dream house. My elder sister stayed nearby, so my second sister and I will stay together.”

When asked when she would move into her new apartment, Myolie replied, “Not sure, I wish to concentrate on my work first.”

Myolie Wu: “I Seldom Keep in Touch with Bosco!”

Bosco allegedly was still unable to put behind his relationship with Myolie. He reportedly had lost weight drastically. Bosco allegedly was still trying to salvage his relationship with Myolie, and even called her about ten times a day. Myolie shrugged off the rumor and said, “How do the tabloids know about it? I seldom even keep in touch with Bosco!”

When asked if she felt embarrassed when bumping into Bosco at the same building–prompting her to seek a new place–Myolie replied vaguely, “It’s okay, we are still friends.”