The premise of the story is simple—set during the White Terror period in 1960’s Taiwan, students at Greenwood High School uncover dark histories of their cursed school after being haunted by evil creatures.

With two media adaptations released back-to-back, it is important to stay faithful to the original source material while also providing new expanded content to captivate audiences. To set itself apart from the 2019 film, Netflix’s Detention had to take some creative liberties to stay fresh among fans and viewers alike. Here are six ways the Netflix series differs from the 2019 film.

The main timeline of Netflix’s Detention is set around the late 1990’s, 30 years after the time of Fang Ray Shin. The series’ new female lead, Liu Yun Hsiang, is a new student at Greenwood High originally from Taipei. While struggling to get along with her classmates, she strangely bonds with her student senior Fang Ray Shin, who turns out to be a ghost—she was a student who had attended the school 30 years earlier.

Ray Shin assists Yun Hsiang in her studies. Yun Hsiang’s excellent work captivates her teacher Shen Hua, and Yun Hsiang herself finds that she is relying on Ray Shin more and more. 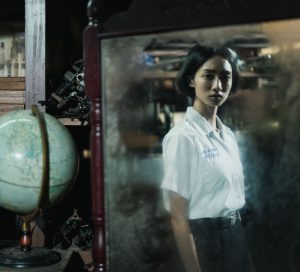 Ray Shin’s sole purpose of getting close to Yun Hsiang is to avenge for what had happened 30 years ago. When Yun Hsiang’s teacher punishes her in front of classmates, Ray Shin “hears” Yun Hsiang’s resentment. That night, Ray Shin sneaks into the teacher’s room and curses the teacher with horrible nightmares of getting legs amputated after joining a banned book club. That scene was definitely terrifying for viewers!

3/6 Yun Hsiang Falls In Love With Her Teacher

Different from the film, the Netflix series adds in a new side character—Chen Wen Liang, Yun Hsiang’s kindhearted classmate and friend who is a fifth generation descendant of a powerful Taoist family. Wen Liang detects an unnatural aura coming from Yun Hsiang, and manages to cut Yun Hsiang’s communication with Ray Shin. 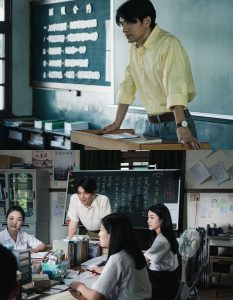 Wei Chung Ting, the game’s original main character, returns as an older, more unstable man suffering from PTSD who had just been released from a 15 year prison sentence. Through Chung Ting, Wen Liang is able to learn more about what happened 30 years ago and why he was a key figure in Ray Shin’s revenge.

Due to its longer story-telling format, Netflix’s version is able to adapt the original source material more faithfully. Taiwan has a vibrant Taoist culture, and the series gets to have the opportunity to add in more traditional Taoist themes to give the series a more distinctive Taiwanese style.