Both Him Law (羅仲謙) and Henry Lau (劉憲華) trained to top-notch shape for their upcoming film Double World <征途>, which will stream simultaneously on China’s iQIYI and internationally only Netflix at the end of the month.

Him Law and Henry Lau stayed in great physical shape throughout the film’s shooting duration, which took three months. Sharing new shirtless photos of their characters, the duo had to maintain their physique due to the high demand of shirtless scenes throughout the film. Despite having to film action scenes under 40 C (104 F) weather for 12 hours, Him and Henry still made time to stop by at the gym after work to continue training.

Him and Henry maintained a strict diet throughout. Henry gave up eating rice, noodles, and other carbs for a much cleaner diet of boiled chicken breast and greens. Him followed his trainer’s advice, which to eat meals with less oil and salt.

Not only did they have to train their endurance to accommodate action scenes, they also to continuously build muscle to show off their physique. “Besides strength training, our trainer also had to give us special arrangements to improve our muscle definition. For example: in the few days before our photoshoot, we were told to only drink about 10 liters of water. On the day of the shoot, we stuffed ourselves with potatoes so we could lose more water and make our muscles look more defined.”

Asking if he had measured his chest size after the shoot, Him laughed and said, “I haven’t. I’m guess around 42 inches!”

Double World also stars Peter Ho (何潤東), and will be available on Netflix on July 24, 2020. 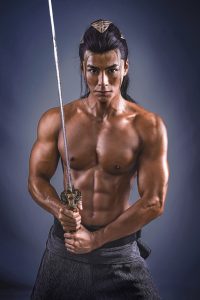 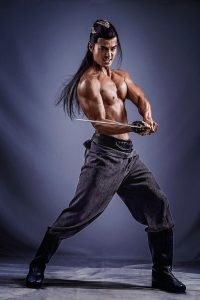 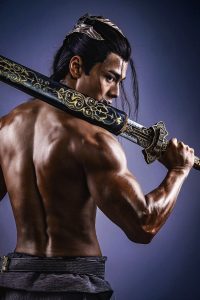 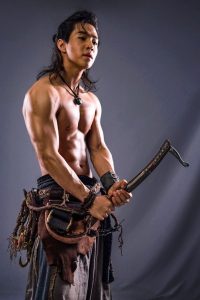 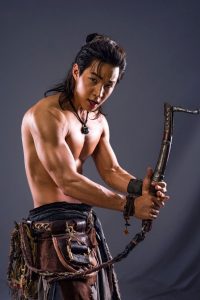 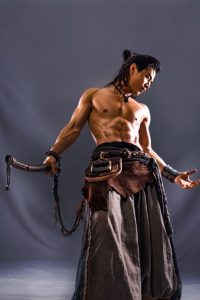