Nicholas Tse’s (謝霆鋒) alter ego “Chef le Mon” is now a household name. Frequently showing off his culinary skills, Nicholas has his own reality show Chef Nic <十二道鋒味> and has established his own brand of cookies. He has even challenged chefs from around the world to culinary duels in the show: Celebrity Chef: East Meets West. Last year, Nicholas was invited by McDonald’s to create a signature menu of hamburgers and desserts. At the time, the menu was limited to China but this fall it is finally coming to Hong Kong!

Last year’s collaboration with China resulted in a spicy chicken burger named after the star. It consisted of teppanyaki style chicken meat smothered in a combination of Sichuan spicy sauce and a Vietnamese chili paste. Finally, it was sandwiched between two squid ink burger buns. There was also a large variety of desserts ranging from milk tea cookies, sundaes, pineapple pies, and lemon coconut pies.

Apparently the Hong Kong collaboration will draw inspiration from many of his favorite classic Hong Kong foods. At this time, it is uncertain whether the Hong Kong menu will be the same as China but fans are eagerly awaiting its arrival! 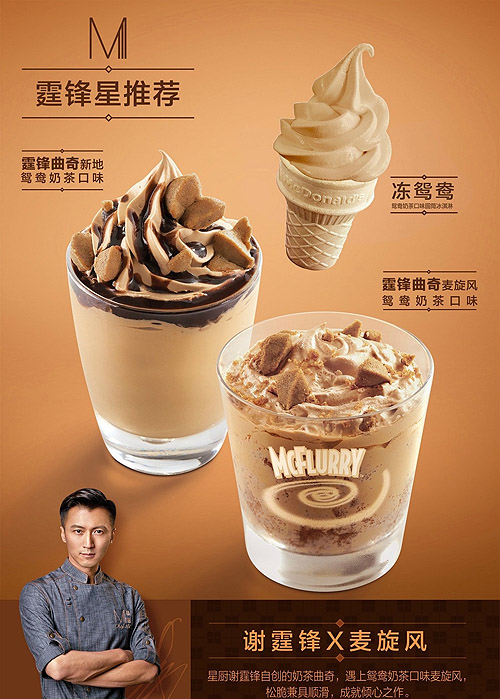