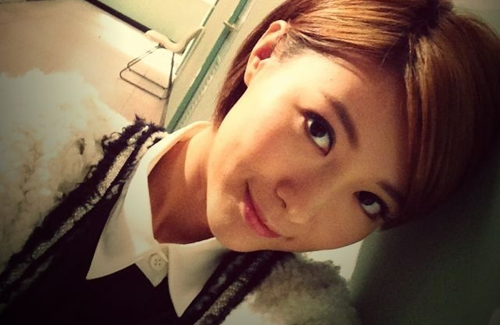 Sire Ma’s (馬賽) sex life came under public scrutiny after the leakage of her steamy lingerie video last week. Since Sire had filmed more provocative videos, she filed a police report. It is understood that the police has already captured the person who leaked the video after Sire provided a list of likely suspects. The police also discovered a second video of Sire singing in the bathroom, dressed in black lingerie with what looked like a possible sex toy in the sink.

The video lasted approximately 20 seconds, where Sire spent the first half of it singing to herself in front of a mirror and only stopped to talk to someone outside the hotel bathroom.

Laura and Wang Ziqi Team Up

After Sire befriended married lesbian couple Wang Ziqi (汪子琦) and Laura Lee. According to Ziqi, Sire seduced Ziqi for money. The affair pushed Laura to attempt suicide and wrecked her marriage with Ziqi.  Both Ziqi and Laura have since attacked Sire as being a materialistic and manipulative liar.

Ziqi regretted hurting Laura, who was her lover for many years. An insider disclosed, “Although Ziqi said it was over between her and Laura, she blamed herself for cheating. She really wants to get back together with Laura. Additionally, she has been having very bad luck with gambling these days, and she needs bailing out. She knows Laura hates Sire, so in order to gain Laura’s approval again, Ziqi began dishing out Sire’s secrets!”

Although Damian Lau (劉松仁) was romantically linked with Sire during the filming of the Silver Spoon, Sterling Shackles <名媛望族>, he firmly supported Sire and exclaimed that she is very brave to have faced the situation directly. He also uploaded a picture of a rabbit on his Weibo account, evidently backing up Sire – who previously had a very innocent image.

Having worked with Sire before, John Chiang (姜大偉) denied having received any flirty texts from her. John also expressed much sympathy for Sire since he thought she had good acting abilities to begin with.

Ron Ng (吳卓羲), although not commenting on Sire’s lingerie video, he said, “It’s already very pitiful for Sire. Don’t say anything else to provoke her; I hope she will be able to pick herself up again.”