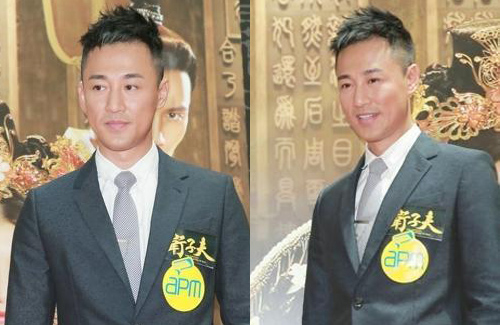 Raymond Lam (林峯) completed his management contract with TVB and has officially left the company. The 34-year-old actor confirmed the news at a mall function while promoting his mainland drama, The Virtuous Queen of Han <大漢賢后衛子夫>. Since he had a good working relationship with TVB for 16 years, Raymond said, “Thanks to TVB for giving me opportunities over the years. There would definitely be chances to collaborate again in the future.”

Raymond expressed, “It doesn’t really matter. I’m free now and it’s more relaxing at these promotional events. Everything feels refreshing, and I can accept media interviews that I otherwise wouldn’t have.” He emphasized that his decision to leave TVB has nothing to do with losing the TVB Best Actor award in past years. Raymond also denied having plans to start his own production company and stated he will continue his best as an actor.

When asked if his girlfriend, Karena Ng (吳千語), recruited him to join Raymond Wong Bak Ming’s (黄百鸣) company, Raymond expressed, “These are personal matters, and she wouldn’t pressure me. Also, we never discuss work matters. But I’ve had a great time working with Raymond Wong in the past.”

At the moment, Raymond hopes to further cement his music career and is currently in the middle of completing a concert tour. He wants to continue working with good friend and songwriter, Tang Chi Wai (鄧智偉). Since Raymond did not release any new singles in the past year, he hopes to release some Mandarin songs next year in order to broaden his opportunities.