Raymond Wong (黃浩然) accepted a challenging role as he plays a character in the drama Wonder Women <多功能老婆> that is a complete opposite to his real life personality.  In his role, Raymond’s character would abandon his wife and son for his career, only to realize that his actions cannot be forgiven. Unlike his character, Raymond is very grateful to his family and would find balance to prioritize between his career and family.

Describing his character, Raymond is in disbelief by his character’s heartless actions. “When I first read the script, I did not want to describe my character as a scum. However, abandoning wife and son is despicable. I asked the producer if such a person exists in real life. I didn’t want to believe it, but he spent a lot of time to explain that women like bad men. “

Sharing his thoughts of playing a difficult character, Raymond said, “I gradually got into character and played it out. As there is a contrast between the character and myself, I believe the audience wouldn’t have expected I would play this kind of role. It’s a breakthrough.”

In 2014, Raymond was diagnosed with the Behcet’s disease which resulted in sores and inflammation all over his body. Though the disease affected Raymond’s life greatly and he lost the ability to eat, speak and had blurry vision, Raymond’s wife never left his side. Now Raymond recovered from his illness, he truly believes that family and good health are more important than anything else.

Raymond shares, “Before I was ill, I would only think about my family and career. After I recovered, I realize there needs to be a balance between family, good health and career. I need to use my experience to make sure my son understands too.”

Whenever Raymond has free time, he would think of ways to improve his marriage, “Actually, there are still many things in my marriage that I still need to learn. After my children were born, my wife and I haven’t traveled alone, so I am looking forward to it. For many years, I placed all my energy on my children and sometimes I lose my patience with my other half. Things can easily go wrong so everyone needs to be patient. Compared to me, my wife endures more. Maintaining a marriage is not easy. It needs a lot of time and understanding. So now when my children are sleeping, we would go out for meals together.”

Though Raymond’s career has been stable, he recently took the first step to sign Louis Koo’s (古天樂) Sky High Entertainment agency. Raymond credits his children for allowing him to make changes in his career, “I don’t like change and I’m very conservative. Recently, everyone knows I signed with a new company, and it was my children who inspired me. Many people avoid risks after having children. After many years of being with my children, they made me realize: we need to explore.”

Raymond continues, “They sometimes like to go to the countryside and enjoy the unbeaten path. Sometimes, they cut through the grass to walk. I thought to myself, children like to explore. Should I do something while I still have the energy and discover myself? My children actually renew my energy. I hope that they know that I am walking with them.” 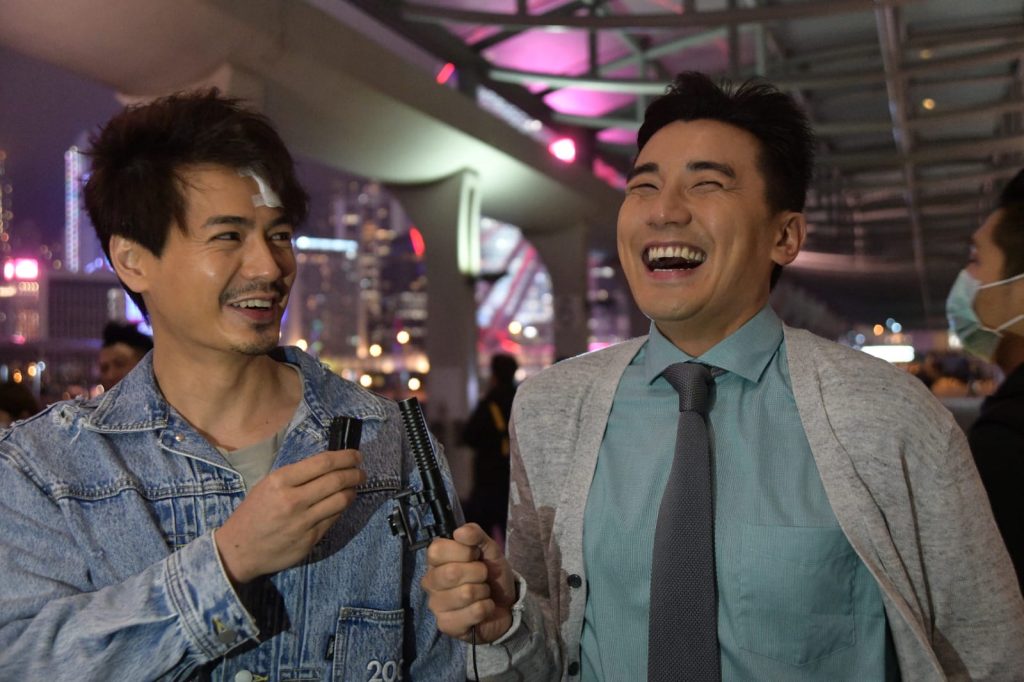 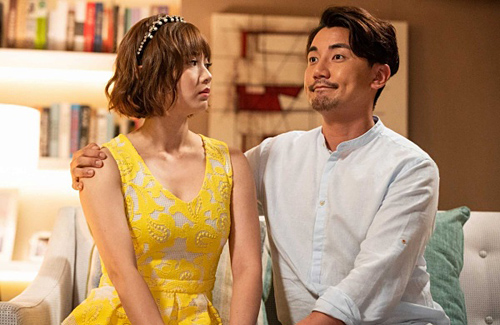 Tony is very unhappy with Rebecca’s accusations against him.