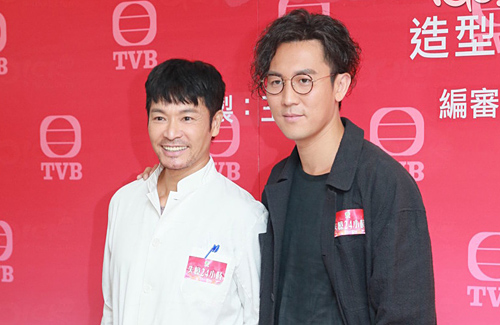 Roger Kwok (郭晉安) and Shaun Tam (譚俊彥) will be working together for the first time in new TVB drama, 24 Hours of Amnesia <失憶24小時>. The cast, which also features Grace Wong (王君馨) and Roxanne Tong (湯洛雯), appeared at the costume fitting event yesterday.

Although it’s their first time collaborating, Roger and Shaun became fast friends after sharing their own tips on raising children. The two fathers talked about how their children were shocked when they saw their new looks for 24 Hours of Amnesia.

Growing a mustache for the series, Roger said his son dislikes his new look and said it was outright ugly. On the other hand, Shaun is scared that his children won’t recognize him after he shaves his mustache off. He laughed, “In the past when I shaved my mustache, my daughter didn’t know who I was!”

Playing a character that suffers from amnesia, Roger is tricked by Shaun numerous times in the series. Stating that he has never filmed such a light-hearted comedy before, Roger revealed that the series will guarantee laughter – especially in a particular scene where he and Shaun are buying condoms together. 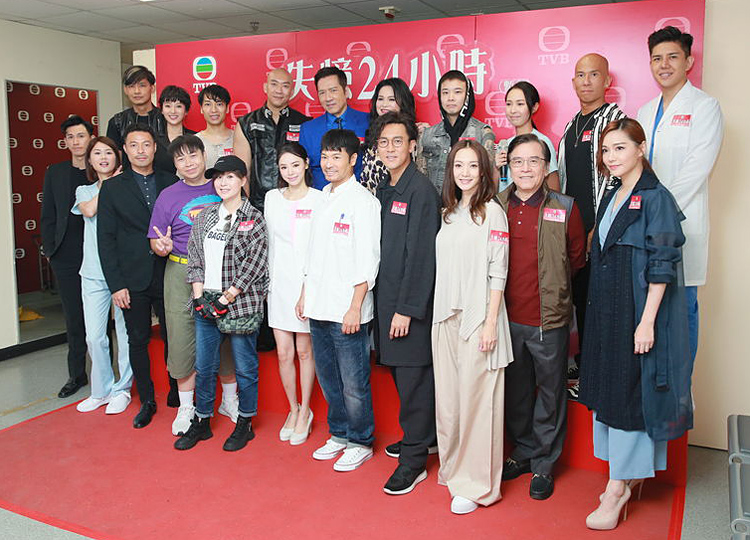