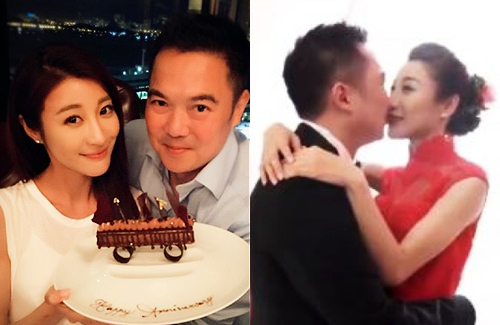 It has been one year since Rosina Lin‘s (林夏薇) marriage to wealthy businessman, Jason. The couple recently celebrated their first wedding anniversary together.

Although Rosina and Jason had a very private wedding celebration last year, the couple often showcased their love to the public after marriage. Besides being supportive of Rosina’s career as an actress, Jason also encouraged his wife to tackle the food industry. Being a businessman himself, he assisted Rosina in opening two hot pot restaurants last year.

Grateful to have her husband’s support and love, Rosina shared a clip from their wedding, reminiscing the day when the couple shared their vows and promised a lifetime together. As well, Rosina, uploaded various pictures of the couple kissing and celebrating their anniversary on social media.

Giving their blessings, many fans left messages to congratulate Rosina and Jason on their milestone.

This article was written by Su for JayneStars.com.