Rosina Lin and Husband, Jason Mok, Are Having Financial Issues? 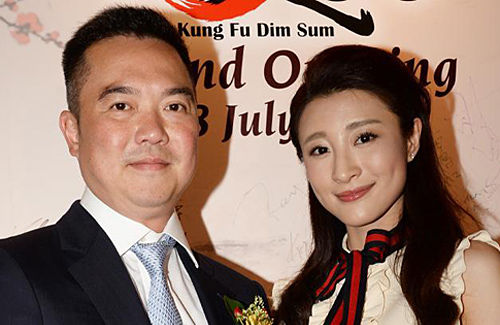 Just when her career was starting to take off, Rosina Lin (林夏薇) decided to take an indefinite leave from the entertainment industry to focus on married life. The 31-year-old ex-TVB actress got married in a low-profile wedding to wealthy businessman, 47-year-old Jason Mok (莫贊生), in 2015. After leaving TVB, Rosina placed more time into developing her hotpot restaurant business, which has expanded to ten locations now.

Although Jason was previously exposed to have a net worth of $2 billion HKD, the couple seem to be faced with some financial hardships recently when flyers were posted outside of their home. Following the incident, Rosina published three cryptic posts on social media, perhaps in response to the occurrence.

Her first post seemed to address the couple’s decision of not offering an explanation to the media. It read: “Living through life, do not argue, do not care, do not explain. By not arguing, display your big-heartedness. By not caring, display your calmness. By not explaining, prove your character. As long as you are right, you will have the courage to confront. As long as you have a positive heart, you will have no regrets in your life!”

Her last post read: “Don’t be a foolish person. Speaking too much to those who don’t know you is a waste of time. In the hearts of the people who dislike you, no matter how well you do something, it will still be in vain. So instead of using that time and energy on those who are undeserving, save it for yourself.”

From the ambiguous messages, it appears that Rosina and her husband will not further address the issue and will instead let the matter slowly unfurl itself.

3 comments to Rosina Lin and Husband, Jason Mok, Are Having Financial Issues?