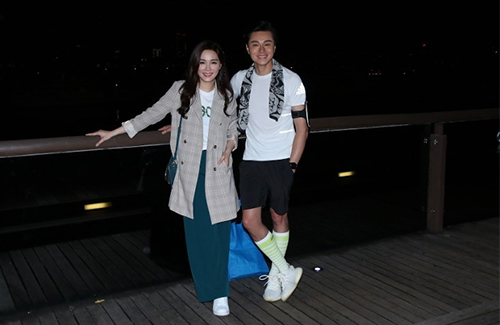 For the first time in TVB’s history, the company has greenlit the project to reshooting Forensic Heroes IV <法證先鋒IV>, in which Roxanne Tong (湯洛雯) was cast to replace Jacqueline Wong (黃心穎), re-filming all her scenes. 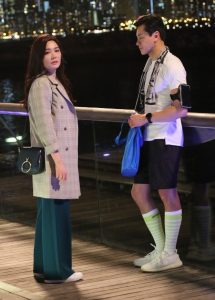 Though principal photography for the show had originally ended in March 2019, Jacqueline Wong’s sinking image after being exposed for cheating had severely impacted the progress of the show, prompting TVB to churn out an additional HK$10 million to reshoot the series with Roxanne Tong replacing Jacqueline.

As the focus of the reshoots now lies on her, Roxanne said she feels immense pressure. “I was so nervous on my first day of work that I kept messing up in my lines,” she said. “It got pretty serious. But with time, I was able to communicate more with the staff, the director, and my costars, so now I’m not as nervous.”

Admitting that she has horrible memory, Roxanne said she did a lot of homework to prepare for the show. She still allocates her own private time to study the script. “I’m grateful for Raymond Wong and Shaun Tam for being so patient with me. They definitely helped me loosen up the pressure. I’m so grateful that they are my partners.”

Raymond said, “We have good teamwork, all of us. We all try our best to help each other and encourage each other. I understand the pressure she’s in right now, and I admit—I’m pretty nervous too. We all want to work in an environment that is welcoming and comfortable, so I’m willing to help out as much as I am able to.”

Despite having to reshoot familiar scenes, Raymond said there are still many challenges he has to overcome. “It’s a lot harder than it sounds. I have to go back and remember how I had originally approached the role. There were definitely some slight changes to the plot, but everything has been smooth so far.”