Even celebrities can become victims of identity theft. Roxanne Tong (湯洛雯) revealed that a scammer posed as her through social media, and reached out to her friends and family for loans of up to six figures.

Posing as the actress by opening a social media account with her photos, the scammer asked US$25,750 to be wired  to help Roxanne’s new movie be released. The message promised to pay back the money at the end of the month.

When reached for more details, Roxanne shared that the scammer had followed her friends and after some small talk, started to ask them for money. Her boyfriend Kenneth Ma (馬國明) had experienced a similar situation before, and TVB had issued an official statement on his behalf. “My current situation is not too severe, so I chose to handle it through social media first. My friends should have all seen the post by now.”

After dealing with the situation, Roxanne seemed to relax and fall back to more gratifying posts. In new online updates, Roxanne, Kenneth, Samantha Ko (高海寧), and other friends were seen at a boat party. The photo that stirred the most interest was where Kenneth was hugging Roxanne in the sunset. She leaned into his embrace while making a heart symbol with her hands.

Good friends Sisley Choi (蔡思貝), Tracey Chu (朱千雪), and Stephen Wong (黃嘉樂) gushed over how sweet they were, while netizens eagerly asked whether marriage is in the works. Even Bob Lam (林盛斌) chimed in, “Please get married! I’m saving up for your gift!” Roxanne denied the photo was hinting at “their new future” together, and stated she only wanted to share the beautiful moment of a sunset with others. 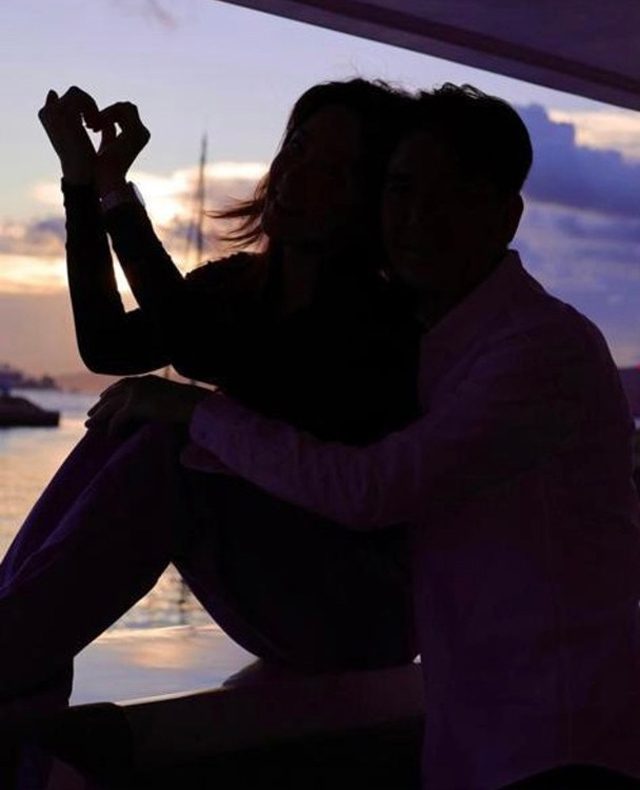