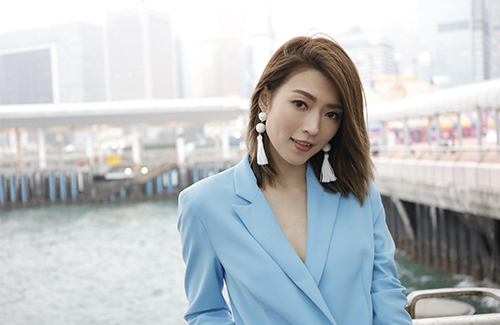 From her debut in 2010 till now, there is one thing that never changed about Shiga Lin (連詩雅)—her dreams of getting married and having a family of her own.

Though Shiga is no longer close with her father, she still remembers the days when her parents were still together. She remembers how her parents had struggled to stay together for the sake of Shiga. She remembers how quiet the dinners used to be. “They struggled to endure that relationship,” she said. “I remember sleeping with my mother, not even realizing that a mother and a father should be sleeping together.” It wasn’t until Shiga was much older when she realized that her parents had problems. 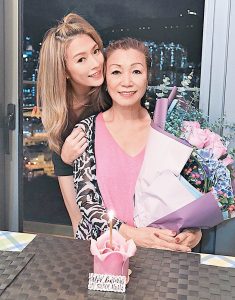 Shiga and her father kept in touch after the divorce, but they eventually lost contact over the years. Asking if she still missed her father, Shiga broke down in tears. “I still have dreams about the three of us sitting together for dinner.”

Shiga confessed that she had always felt lonely. She yearns for feeling the warmth of a complete family. “I’m not saying that my mother doesn’t give me warmth, but she’s always been so busy. After my parents’ separation, we were financially tight, so [my mother] had to work all the time. Of course, I feel like I should’ve done better so my mother could’ve retire sooner. I was always working too. Although we lived in the same house, we barely saw each other. I was always alone. That’s why, I think… it’s such a warm feeling to be able to eat a home dinner with your family.”

She doesn’t hope for much. All Shiga wants is for the opportunity to come back home to a family, to a home-cooked meal, to have everyone come together at the table and eat together and talk about their day. “It’s so simple, yet so comforting.”

Solitude followed Shiga’s childhood. The most tragic thing in the world is not having a like-minded confidant—a soulmate. “If you have someone who understands you, who shares your ideas, who can communicate with you… even if you’re alone, your soul will not be lonely. When you’re lonely, you don’t know who you can talk to. You don’t know who can understand you. It’s a horrible feeling.”

At the mention of musician Terry Chui (徐浩), Shiga’s boyfriend of a few years, Shiga confessed that they had actually broken up late last year. The confession came as a surprise, as Shiga had talked about Terry just two months ago. At the time, she told reporters that she hasn’t seen Terry since the COVID-19 outbreak in Hong Kong. 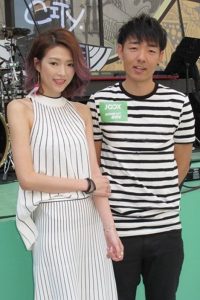 “I feel that sadness does come at the end of each relationship,” said Shiga. Terry is responsible for writing some of Shiga’s biggest hits, including “Old Corner” <舊街角> and “I’m Still Loving You.”

“But,” said Shiga, “we are still friends and coworkers. We will always support each other.”

While the two found sparks as music collaborators, they struggled to keep up with that spark in their private lives. “We realized that we didn’t share the same values,” said Shiga. Asking if that “value” was marriage, Shiga said, “When it comes to any kind of relationship, not just marriage, it is important for two people to share similar values because that is how you can sustain a relationship. Even if you’re with that person for a long time, but it is only after being together when you realize that the person does not see things in a similar way, it will be hard to move to the next step.”