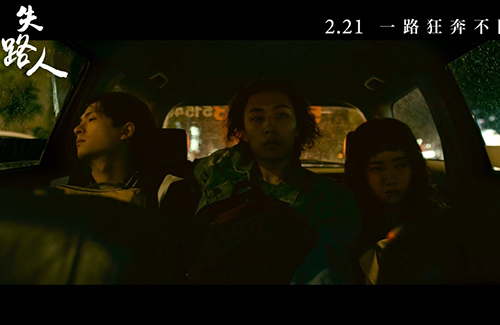 Upcoming Taiwanese film Someone Who Was Lost <失路人> follows the story of three young roommates from different walks of life: Taizai, a Taiwanese college student studying in Hong Kong; Ah Chung, a Hong Kong youth who is dating a Taiwanese girl he met online; and Panda, who dreams to become a celebrity. After missing a few months of rent which was beyond their control, their landlord angrily confronts them. Their fights turn physical and Chung accidentally kills him. In a frenzy, the trio desperately hides the body in cement and escapes to Taiwan. Haunted by their sins, the trio seek a road of redemption. 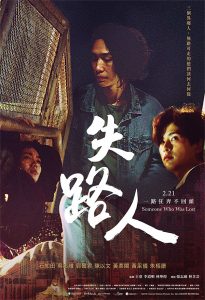 The film is based on a true crime story that broke the news on March 4, 2016, when the decomposed body of 28-year-old Cheung Man-li (張萬里) was found in a cement-filled box in the Fui Yiu Kok Street industrial unit of Tsuen Wan, Hong Kong. Cheung and his tenant Tsang Cheung-yan (曾祥欣), the killer, had known each other for eight years and met in college.

When Cheung confronted Tsang about an unpaid debt, Tsang claimed that he and his two accomplices—Cheung Sin-hang (張善恆) and Keith Lau (劉錫豪), injected chloroform in him with the intention to knock him out. It wasn’t until much later when they realized that they had killed him. They decided on encasing him in a cement-filled box, but the cement block ended up being too heavy to be transported via elevator. They leave the box in their apartment and flee to Taiwan.

The stench of Cheung’s decomposing body filled the floor, prompting neighbors to alert the landlord. Cheung’s body was discovered after firemen spent five hours breaking into the hardened cement.

The trio’s friend, Ho Ling-yu (何菱瑜) had also escaped to Taiwan with them. Fearing for her life, she sought help from her boyfriend in Hong Kong. Her boyfriend flew to Taiwan and assisted her in calling the police. Tsang, Lau, and Cheung Sin-hang were arrested.

TAGS: Someone Who Was Lost