Son Ye Jin’s wedding with Hyun Bin is just a month away but the actress made time to attend a press conference for her upcoming drama Thirty-Nine. As this was the actress’ first public appearance since her engagement announcement, the public was eager to send Son Ye Jin their blessing while taking the opportunity to ask for details about her wedding.

Glowing with bliss, Son Ye Jin first asked the event’s host Park Seul Gi about her married life. When Park Seul Gi revealed that her marriage is nice, Son Ye Jin replied, “I hope it’s like that for me too. Since this is a personal matter, I wasn’t sure I can say it at a press conference. As an actress and on a personal level, the start of 2022 ushered in many big events. I feel like it is fated. I recently received many blessings so I would like to take this opportunity to thank everyone.”

Meanwhile, Korean drama Thirty-Nine premieres on Netflix on February 16 where Son Ye Jin, Jeon Mi Do and Kim Ji Hyun play three friends who are about to turn 40 years old. The series focuses on their life, relationship and friendship.

When asked what attracted Son Ye Jin to the drama, the 39-year-old actress responded, “The script is very interesting. Besides, if it is not now, there might not be another opportunity to play this role. I can resonate with the story and the character. Plus, my character happens to like golf as much as I do.” 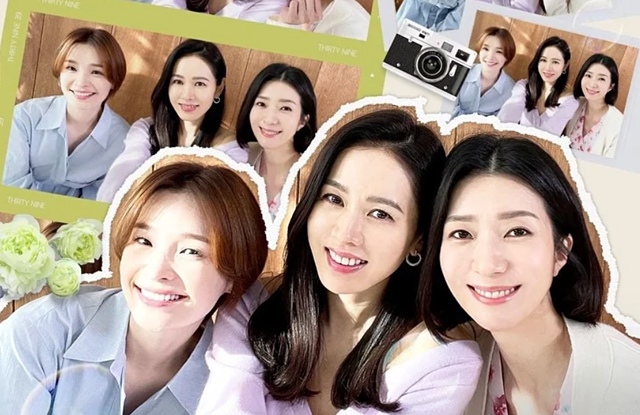 Almost turning 40, three BFFs are challenged by tumultuous changes in their lives including family, work, and love.