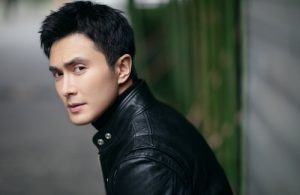 Despite Eternal Love of Dream‘s <三生三世枕上書> cliché plot and over-used tropes during its early release, main lead Vengo Gao (高伟光) has been receiving positive feedback for his detailed portrayal of three different character personalities. Moreover, his on-screen romance with co-star Dilraba Dilmurat (迪丽热巴) has been consistently trending as a hot topic online. In an interview, Vengo expressed his gratefulness and attributed his highly praised performance to his great chemistry with Dilraba and familiarity with the returning cast and crew.

“There’s always a sense of freshness when working with Dilraba. We are such a good match that we don’t need to notify each other on improvisations, and the acting will still flow smoothly,” Vengo said.

Vengo also shared that there was one time he laughed so hard at Lawrence Wang’s (王骁) acting that his wig fell off. He said, “Lawrence’s portrayal of Si Ming is just too good. And also the set was very hot during the summertime. I became so sweaty that even the slightest movement would cause the wig to come apart.” 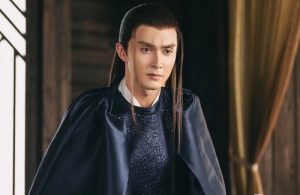 Reprising his role as Dong Hua from season one, Vengo said although he is familiar with the character, he would describe it as an upgraded version. This is because his relationship with Fengjiu, played by Dilraba, experiences several emotional stages across the mortal and immortal world, so he would have to prepare a lot beforehand to successfully pull off different personas.

A fan commented, “From being romantically moved to confessing seriously again in a cute expression, Vengo managed to display a kind of innocence and naivety that no one can withstand.”