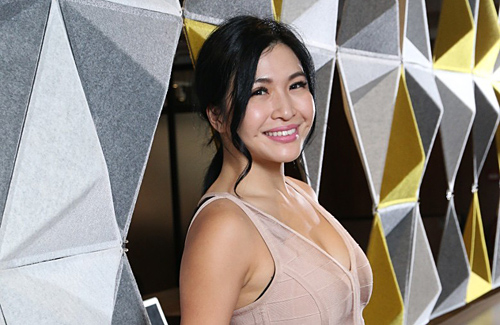 Due to her provocative onscreen roles, the bosomy actress receives many invites to be a kept woman.

Although she has never succumbed to such offers and would always turn them down, the 28 year old has recently been rumored to ride to work in flashy cars while coming on set wearing branded watches reportedly worth $100,000 HKD. She has also been said to go on travels often while enjoying good food, and also moving into a 1000-feet bungalow in Sai Kung. However, it turns out that Vicky’s riches was not due to any “extra income”, but because of her family’s wealth.

Only Child Pampered by Rich Dad 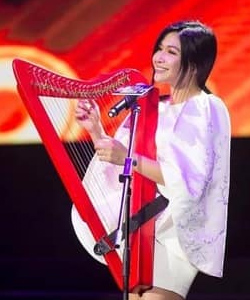 Vicky’s dad had a trading business for nearly 20 years. With Vicky as the only child in the family, she was taken good care of since young. Although Mr. Chan has since retired, the family lives luxuriously. Refusing to depend on her family background, Vicky took part in the 2013 Miss Hong Kong Pageant in order to enter the entertainment circle.

She continuously sought progress in her career, and had earlier taken part in WCOPA or World Championships of the Performing Arts, popularly known as the Olympics of the performing world. Winning three medals, she successfully entered the nine-day finals which would take place in Hollywood this month.

Earning Her Own Keep During Schooling Days

When asked if she was born in a wealthy family, Vicky tried to keep a low profile, replying, “No! Just a normal family. Since young I hoped to do well based on my own hard work, and got a scholarship in the first year of university besides taking on part-time work for my tuition fees.”

She did not deny receiving many indecent dinner invitations when probed, “Yes! There were many and they offered a huge sum. It’s hilarious! But I turn them down right away; I’m not interested! There was an offer that reached $8 million HKD. Maybe because when I first joined, the roles I got were all one-sided and more provocative, so the impression I gave was not so good.”

Asked if she found it tough to be misunderstood as an easy woman, she replied, “We can’t choose the roles we get. I will insist on being myself, such as through basketball or playing the harp, so everyone would slowly get to know the real me.”