After Wong Cho Lam (王祖藍) made a name for himself during his more than 10 years at TVB and filmed his representative work, the Inbound Troubles <老表> trilogy series, the comedian moved on to pursue a career in mainland China. Thus, 2016’s Inbound Troubles 3 <老表，畢業嘞> is his most recent TVB drama. However, Cho Lam will finally be returning to TVB in April to shoot a new historical comedy-drama.

He will reportedly be starring alongside Best Actress Sisley Choi (蔡思貝), the heavily promoted Owen Cheung (張振朗), Jeannie Chan (陳瀅), and Christine Ng (伍詠薇). Given Cho Lam’s expertise in comedies, he will surely bring a lot of joy to viewers. He confirmed his return in an interview and shared, “I have been discussing this project with Catherina Tsang (曾勵珍) for a few years now. I’ve heard of the idea already, and I think it’s hilarious and cheerful. We are very sincere in this partnership, and I finally have time to commence filming. I know we will collaborate very happily.”

Sisley on Collaborating with Owen Again

This upcoming project will be Sisley’s second historical drama, as she has only participated in one historical drama, Recipes to Live By <味想天開>, since making her debut 2013. “A lot of my fans have been looking forward to me filming a period piece, and so am I,” she expressed.

However, she acknowledged that comedies are very hard to execute because it’s hard to make the audience laugh. It would also be challenging because both good content and a fun atmosphere are necessary for making comedies. She said, “Collaborating with Cho Lam, Owen, and Jeannie will be a breath of fresh air. I have worked with Owen many times, but never on a historical project, so I think we will bring some new elements and chemistry on-screen.” 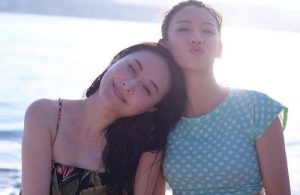 She continued, “Though Jeannie is my best friend, we never had much interaction on-screen. As for Cho Lam, I’ve seen him at work before, but we have never worked together. I want to learn comedy from him.”

When asked if Owen is comedic, she immediately said yes. However, Owen, who is busy filming Boxing King <拳王>, frankly said he did not receive any notice but is very excited about the possibility of collaborating with Cho Lam. He said, “We have collaborated in Walk the Walk, Talk the Talk <Sunday扮嘢王> before, and that was it. So, of course, I want to work with him!”

When asked about his thoughts on working with Sisley again, he said, “We are good partners. I don’t have to worry about anything we film.”