Starring Donnie Yen (甄子丹), Sandra Ng (吳君如), Teresa Mo (毛舜筠), and director Wong Jing (王晶), the action comedy Enter the Fat Dragon <肥龍過江> has wrapped up principal photography after about a year of filming in Hong Kong and Japan. The film is a remake of the 1978 martial arts film of the same name, which starred Sammo Hung (洪金寶).

Wong Jing, who stars and directs the film, shared that Enter the Fat Dragon has been one of his more expensive films to date, saying, “Half of this movie was shot in Japan. The scene featuring Kabukicho was actually shot inside a studio, and for the last act of the film, we had to build the interior of Tokyo Tower from scratch.”

The studio hopes the film will be completed in time for its April 2019 release in China.

On why Wong Jing decides to let down his director cape to play a supporting role in the film, he said, “Donnie told me to play this character. I originally said no — I had to fight and it’ll be too tiring. I rather pay more money for Sammo Hung to come back and do it, but he didn’t want that.” Wong Jing shared that Donnie had to wear a fat suit for his role. “There were regrets. He wanted to die sitting in that makeup table for hours at a time.”

In regard to the sudden death of director Ringo Lam (林嶺東) a few days ago, Wong Jing turned serious and said, “I was told that his vigil will be held on the 9th. (Did you contact Mrs. Lam?) I didn’t. I was busy, and wouldn’t even know what to say. (It was sudden.) When I heard the news, I was in Beijing. I was in shock. We would joke about how I’d die before he would. Life is fragile, and if [his family] needs anything, I’ll always be around to help.” 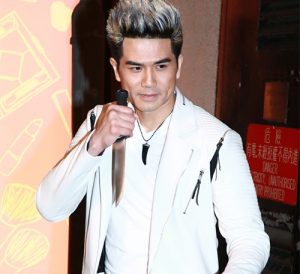 Fist Fight <兄弟> star Philip Ng (伍允龍) guest stars in the film, playing as one of Donnie’s opponents. He said, “Our fight scene was actually inspired by Donnie’s own fight scene against Wu Jing (吳京) in SPL <殺破狼>. I am very honored for the opportunity to do this film with Donnie. He is my idol. I couldn’t sleep at all the day before the shoot.”

Earlier, it was reported that Philip and Kaman Kong (江嘉敏) had went on a shopping date. Philip denied dating his Fist Fight costar, explaining, “She’s showed the news to me. That day, we did hang out at the shopping mall after filming, but we were buying Christmas gifts for our friends. I know Kaman’s boyfriend. We play games together.”